Why I joined Arsenal: Gabriel Jesus hints at discussion with Arteta
Advertisement 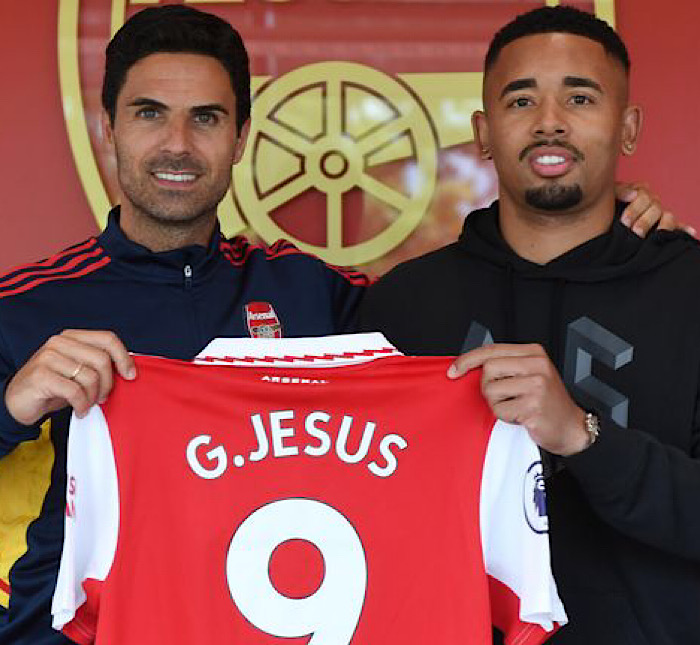 Arsenal summer signing, Gabriel Jesus, in a statement has revealed why he opted for a move to the North London side amid interests from other clubs.

Jesus in his statement named Arsenal manager Mikel Arteta, who was once an assistant coach at Man City as the person who convinced him to join the Emirates club.

Jesus and Arteta work together when they were at Man City under Pep Guardiola.

The Gunners signed the Brazilian international and officially unveiled him as an Arsenal player on Monday after completing his £45 million move from Manchester City.

Speaking on Arsenal’s official website, Jesus said he spoke with Arteta about Arsenal’s project and their players before deciding to join the Gunners.

The Brazil star said he has a hundred per cent belief in the former midfielder.

He said, “We spoke a couple of times about the club, the players, the project and the future.