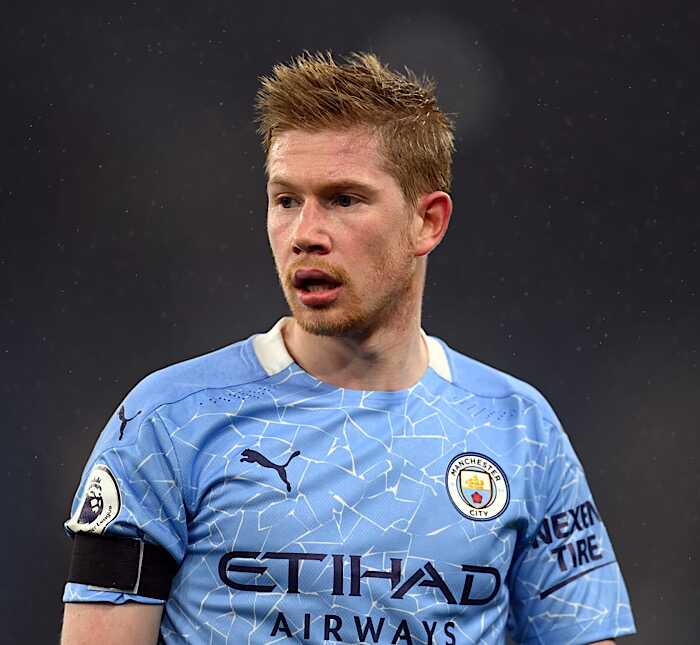 With the final of the Uefa Champions League only a few days away, EPL toppers Man City have been handed an injury boost as they set to battle Chelsea for the trophy.

According to the latest report, Man City playmaker, Kevin De Bryune has returned to the team after being away owing to injury.

The tolerated midfielder missed the Citizens last two games with a muscle injury.

However, the latest report has revealed that De Bruyne will be included in the squad for Tuesday’s trip to Brighton in the Premier League.

Coach Pep Guardiola in a statement said Kevin has trained in the last two days and he feels good.

“Kevin is important like everyone. When we can stick together and push each other, it will be possible to win [the Champions League],” Guardiola added.

The Man City manager also confirmed that everyone is on the same level in the team and they would help Kevin regain his level and fitness and be sure he is ready to play.

Following the change of venue from Istanbul, Turkey owing to the COVID-19 pandemic,  Man City and Chelsea will now play the UCL final in Portugal on the 29th of this month.

PSG reportedly in talks with this Liverpool to replace Mbappe