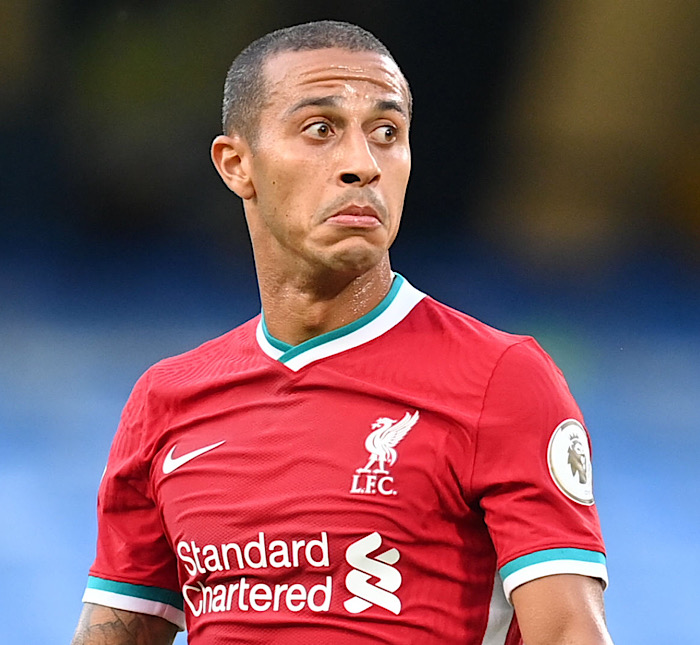 Liverpool will return to action in the Uefa Champion league this weekend after losing out of the EPL title to Man City.

Ahead of their next game vs the Los Blancos, Jurgen Klopp has admitted that Thiago Alcantara would be unavailable for their Champions League final Juthis weekend.

Thiago left the pitch with injury during their 3-1 win over Wolves at Anfield, as the Reds missed out on the Premier League title.

The Spaniard who provided a brilliant assist for Sadio Mane to make it 1-1, suffered a suspected hamstring injury.

“I think he’ll be out of the final but I don’t know.

“He’s limping, so it’s maybe not the best sign.

In a separate interview with beIN Sports, Klopp added: “With Thiago we have to wait, all the others will be back,” Klopp told Sky Sports after the game.

Liverpool will hope to lift the UCL this weekend as they have already won the FA Cup and Carabao Cup.