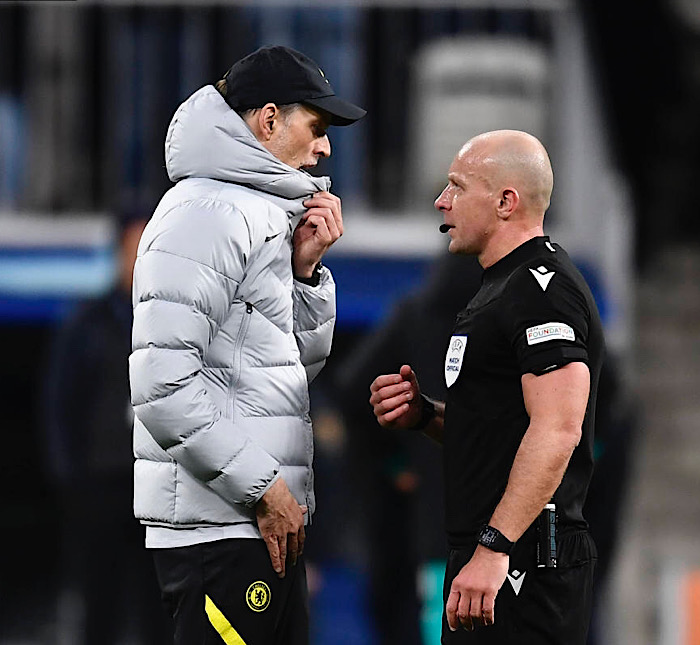 This comes as the referee was seen laughing with Real Madrid coach Carlo Ancelotti after their Champions League quarter-final second leg on Tuesday.

The Blues were eliminated from the competition, despite winning 3-2 at the Bernabeu, and it means they will not defend the title they won last season.

However, after the match, Tuchel spoke about Ancelotti’s behaviour with Marciniak.

He said: “I like Carlo Ancelotti, he is a very nice man.

“When I went to go and shake his hand, I saw the referee smiling and laughing and with the opposition coach.

“This is a very bad time to do this, and I told him this.”

Chelsea will now have to focus on the FA Cup if they hope to win any trophy this season as they are seated at the third spot in the EPL and don’t stand a chance against Man City or Liverpool.