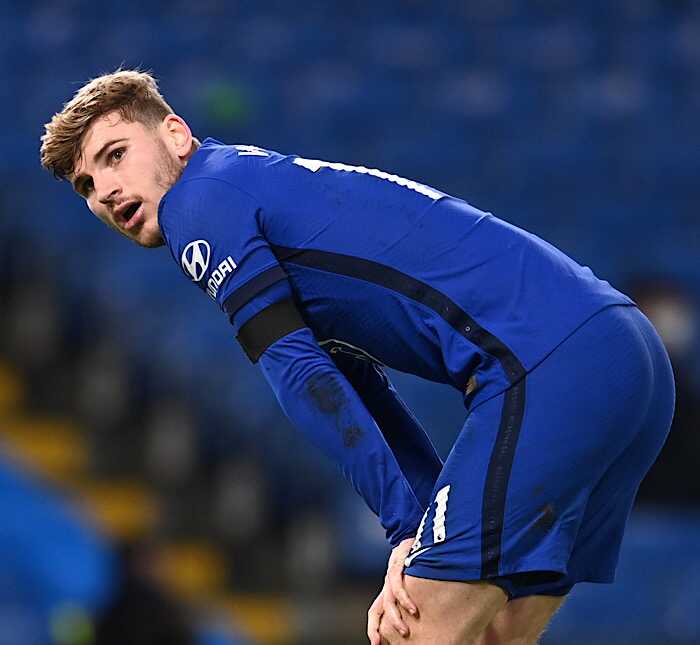 Chelsea return to action in the Premier League on Saturday when they made a short trip to Etihad Stadium where they faced league toppers Man City.

The game ended in a win for the Blues as it ended in a 2-1 scoreline.

Raheem Sterling gave City the lead in the first half while Sergio Aguero lost an opportunity to make 2-0 from spot-kick before half time.

However, the second half was different as the Blues came in stronger. Thomas Tuchel’s led Chelsea squad equalised through Hakim Ziyech and added a second goal after Werner provided a winning goal as his low cross was fired in by Marcos Alonso.

Asked if the Germany international needs to add patience to his game, Tuchel told Sky Sports, “Yeah, but it’s easier said than done because he was working like a dog.”

He noted that Werner has been working hard and has also been adapting to the Blues football style.

Recall that he scored a goal against Real Madrid in the Uefa Champions League semi-final.

Chelsea latest win vs. Man City in the Premier League serve as a morale booster that they can repeat the same feat against Man City when they meet in the Champions League final in Istanbul, Turkey later this month.

UCL Final: We are capable of beating them – Tuchel says after EPL win vs Man City