Thiago on why Azpilicueta is a good captain
Advertisement 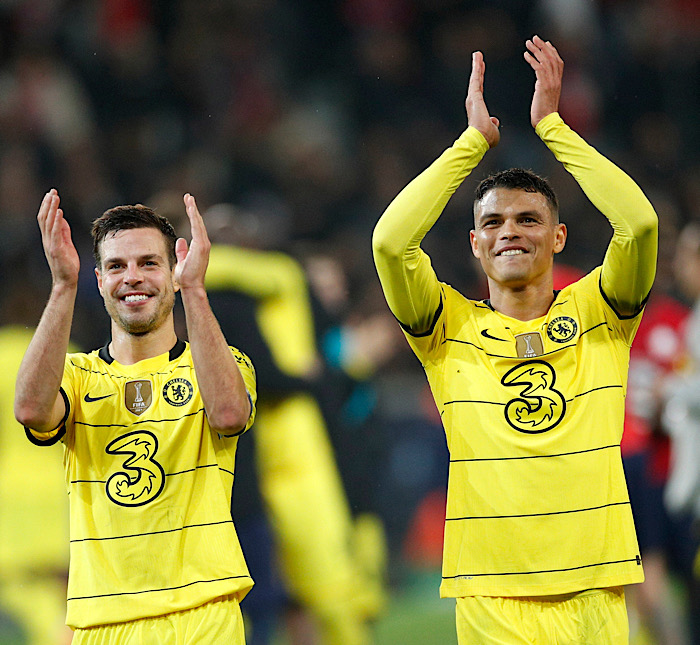 Chelsea defender and Brazil international Thiago Silva has spoken on why Cesar Azpilicueta is a good captain.

Silva, who is Brazil’s captain and has also worn the captain band for the Blues in some matches, revealed what it takes to be a captain.

‘As soon as I arrived, Azpilicueta was one of the first to write to me wishing me good luck in this new chapter,’ revealed the veteran defender.

‘He is a spectacular guy, a super professional who undoubtedly deserves to be where he is and wear the armband, which means so much to him.

‘There are different types of captains: there are those who talk more, and others who are quieter but mean a lot to the team. Azpilicueta has both aspects: he is very important on the field, and outside he brings the team together when necessary to talk about what is necessary and to make things clear, so they don’t go wrong.’

Azipilicueta has been Chelsea’s captain since the 2019/20 campaign after the departure of Gary Cahill.