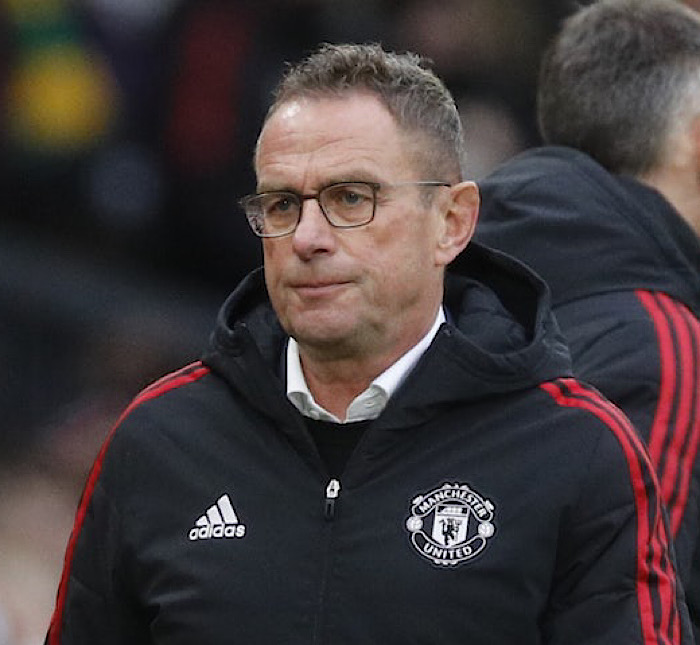 Man Utd manager Ralf Rangnick has revealed the way his side can make it to the UCL next season.

According to Rangnick, Man Utd have to win their remaining six games to ensure a spot in the top four on the EPL table.

As of now, Man Utd are sitted three points alongside Arsenal behind Tottenham Hotspurs, who are sitting at the fourth spot.

To ensure finishing in the top four, the Red Devils must try to win Liverpool at Anfield on Tuesday.

Ahead of the match, Rangnick has called on his players to go all out for three points at Anfield.

He said: “It’s up to us. We definitely will travel there tomorrow and try and get three points, this is what it’s all about. It’s about our situation.

“After the results, we are still in the race for fourth, but to stay in it we have to win almost every game.

“We might be the underdogs for most people but if we raise our level we have a chance.

“You can see other teams are dropping points at the weekend. It’s again about being consistent and at the end the team will probably finish fourth that is most committed to that.”

EPL: 5 Man Utd players that will be unavailable vs Liverpool