The only way Arsenal can win a trophy this season
Advertisement 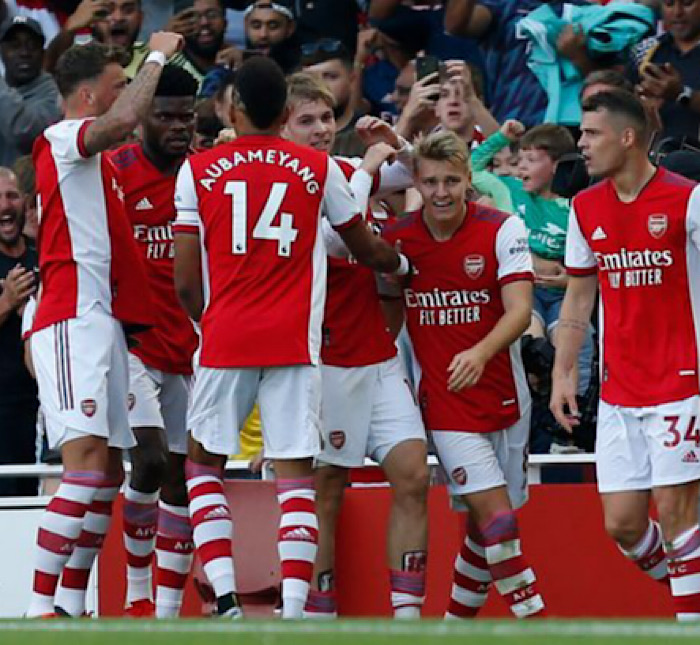 Arsenal were on top of their game over the weekend when they clashed against Tottenham Hotspur.

The match saw the Gunners win the match with a 3-1 scoreline that has now seen them move to the 10th spot on the premier league table.

Arsenal started the season on the wrong foot; it, however, appears they are picking up once again and could manage to at least make it back to the top six this season, having lost out in European football this season.

However, one of their top stars, Saka Bukayo, has stressed that the Gunners could win silverware under Arteta this season only if they continue the way they played against Tottenham Hotspur in the Premier League over the weekend.

Saka believes the Gunners can “achieve anything” this season as he stressed that they have the quality to make it possible.

Recall that the England international was on target on Sunday as Arsenal defeated Tottenham in a 3-1a scoreline.

Saka also created the goal that Emile Smith-Rowe scored in the match against Tottenham.

“We can achieve anything, no matter what age. With age comes experience, but we have a lot of experience in this squad anyway, which helps us,” Evening Standard quoted saka as saying in a post-match statement.

Related Topics:ArsenalfeaturedPremier League
Up Next

Arteta yet to reveal who he dropped Leno for Ramsdale

EPL: Why Tottenham lost to Arsenal