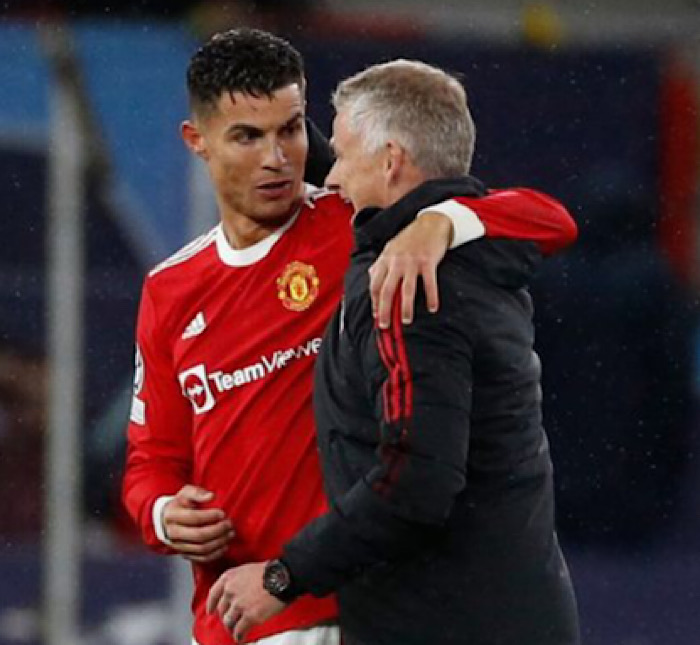 Man Utd striker and Portugal international Cristiano Ronaldo has reacted to the sack of Ole Gunnar Solskjaer as the club coach.

The Norwegian was handed a sack letter on Sunday after the Red Devils were defeated by Watford at Vicarage Road as they dropped out of the top six on the EPL table.

While the Man Utd board has since appointed Michael Carrick as the interim coach, Ronaldo, in a latest statement, has sent a farewell message to the Norway international.

Solskjaer, 48, was the leading striker at Old Trafford when Ronaldo first moved to Old Trafford 12 years ago and played a crucial role in re-signing the Portuguese to the club in the last summer transfer window.

“He’s been my striker when I first came to Old Trafford and he’s been my coach since I came back to Man. United,” Ronaldo tweeted on Monday, 24 hours after the Norwegian was dismissed.

“But most of all, Ole is an outstanding human being. I wish him the best in whatever his life has reserved for him. Good luck, my friend! You deserve it.”

Man Utd will hope to bounce back in their first game after Solskjaer’s sack by defeating Villarreal in their next match.