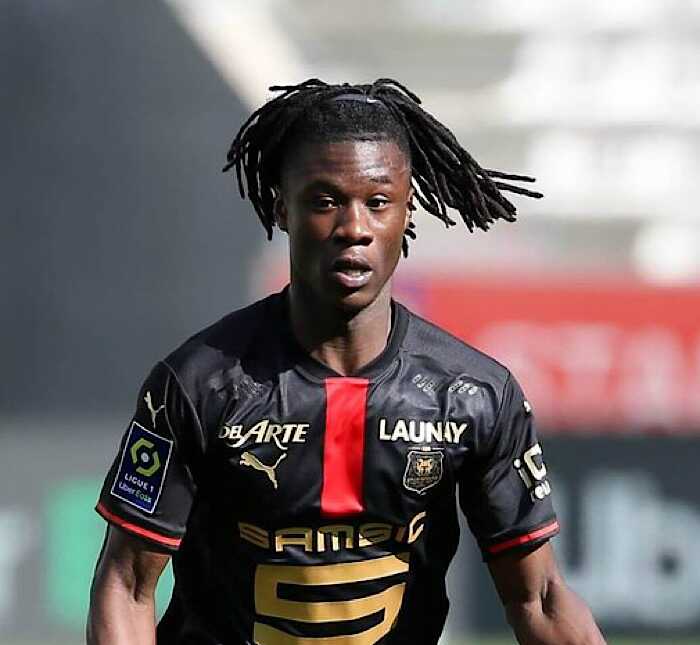 Manchester United’s pursuit of Rennes midfielder Eduardo Camavinga has been dealt with a huge blow after representative of both parties met.

Eduardo Camavingahas less than a year remaining on his contract with Rennes and he will be allowed to depart Roazhon Park for the right price this summer.

Top clubs across Europe have been linked with the youngster and previous reports suggested that United are ahead of Paris Saint-Germain and Real Madrid.

However, United’s bid to secure the 18-year-old’s signature has now hit a rock after discussions with the player’s representatives, according to the Manchester Evening News.

The report claimed talks between both parties have not been encouraging with Camavinga said to prefer a move to Spain over the Premier League.

United might be forced to look elsewhere as
Camavinga’s future could be on the line till the final days of the transfer window.

Real Madrid are currently not ready to add new players to their squad as they have to sell players before they can make an approach for the teenager.