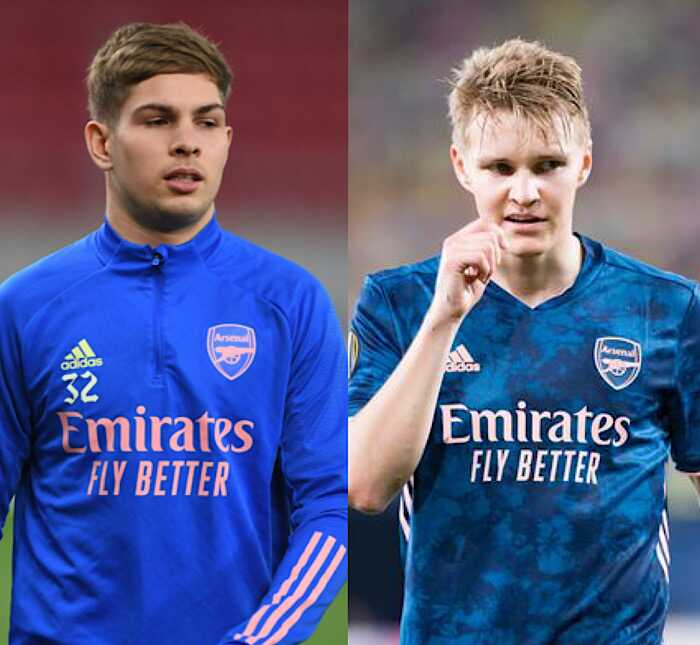 Spanish giant, Real Madrid are reportedly willing to let go of their youngster, Martin Odegaard who had a wonderful season on loan at Arsenal last season.

Odegaard put in some impressive display during his loan spell at the Emirate Stadium and he has been linked with a permanent move to Mikel Arteta’s side.

Arsenal are also considering signing the Norway internationally on a permanent but Real Madrid are going to listen to such an offer on their terms.

According to reports from Daily Mail, Real Madrid are will to let go Odegaard but wish to have Emile Smith Rowe as part of the deal.

Emile Smith Rowe has become one of the most sorts after youngster in Europe after putting in an impressive performance last season.

Real Madrid are willing to have the 20-year-old English playmaker in a deal that would see Martin Odegaard join Arsenal.

Emile Smith Rowe’s performance at Arsenal last season saw him score four goals and produce seven assist in 33 appearances and Real Madrid sees him as heir to the likes of Toni Kross and Luka Modric.

It’s left to see if Arsenal will agree on terms of the deal with Real Madrid as they also see Emile Smith Rowe as an important player in Mikel Arteta’s team next season.