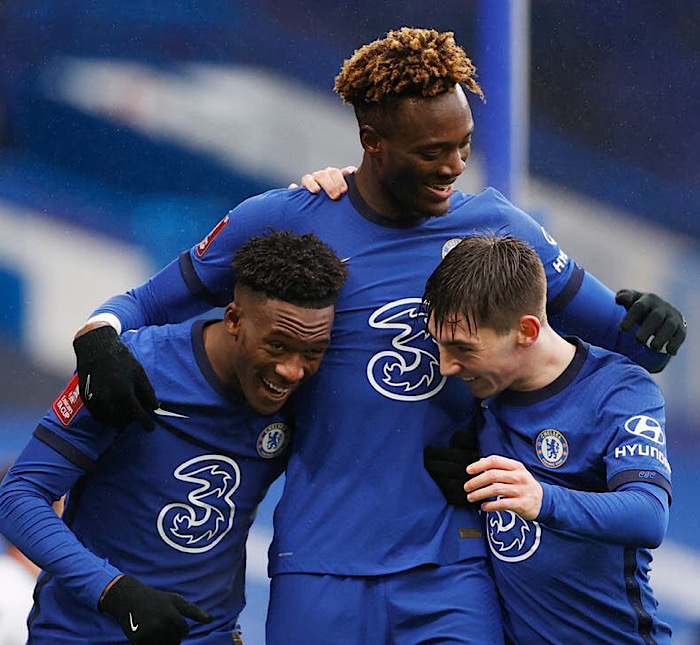 Premier League outfit Everton have been tipped as the favourite to sign Tammy Abraham who is currently struggling to fight his way into Chelsea team.

The future of Tammy Abraham have raised eyebrows for the past few weeks as he’s not been able to make Thomas Tuchel’s team at Chelsea despite his impressive goalscoring record.

Tammy Abraham was one of the most trusted player of Frank Lampard before his dismissal as Chelsea boss but his successor Thomas Tuchel have stick with Oliver Giroud and Timo Werner.

Giroud have been leading the line for the past few matches while Werner has been showing his class by playing from the wings.

Bookmakers have now tipped Everton to seal the transfer of Tammy Abraham if he ends up leaving Stamford Bridge.

According to Ladbrokes Everton has the edge over the likes of West Ham United, Aston Villa and Arsenal who were given quite tempting odds of 7/1 as Abraham’s next club.

Arsenal have been linked with the 23-year-old who could be a useful signing for the Gunners as they’ve been short of goals this season.

Their top striker, Pierre-Emerick Aubameyang has hit an unexpected poor patch of form and this has seen the Gunners languishing in mid-table in the premier league.