Nunez speaks on why he signed for Liverpool
Advertisement

Mikel speaks on why Mourinho changed his position at Chelsea 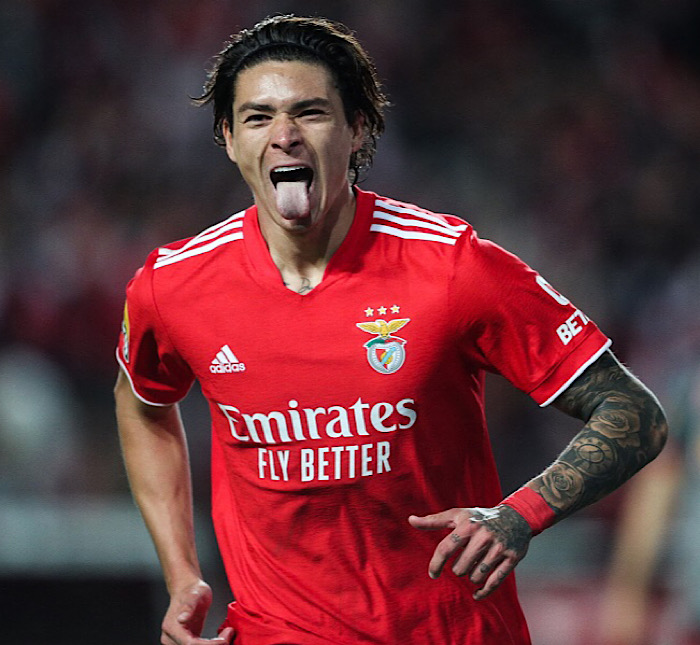 Darwin Nunez is the latest player to join Liverpool this summer after he completed his £85m moves from Benfica.

Nunez, who is one of the most popular strikers in Europe has now opened up on why he signed for Liverpool amid interest from other clubs.

The reports revealed that the Uruguay international signed a six-year contract with the Reds but his deal is still subject to a work permit and international clearance.

Darwin joins Liverpool as a replacement for Divock Origi, who left the club this summer.

The Uruguayan would be wearing Origi’s No 27 shirt.

The 22-year-old scored 34 times for Benfica in all competitions last season, including goals in both legs of the Champions League quarter-final defeat to Liverpool in April.

“I’ve played against Liverpool and I’ve seen them in lots of games in the Champions League, and it’s my style of play. There are some great players here and I think it’s going to suit my style of play.

“That’s one of the reasons why I came here to Liverpool – to win trophies and titles. I want to win a lot of trophies at Liverpool,” Nunez told Liverpool’s club website.

Mikel speaks on why Mourinho changed his position at Chelsea