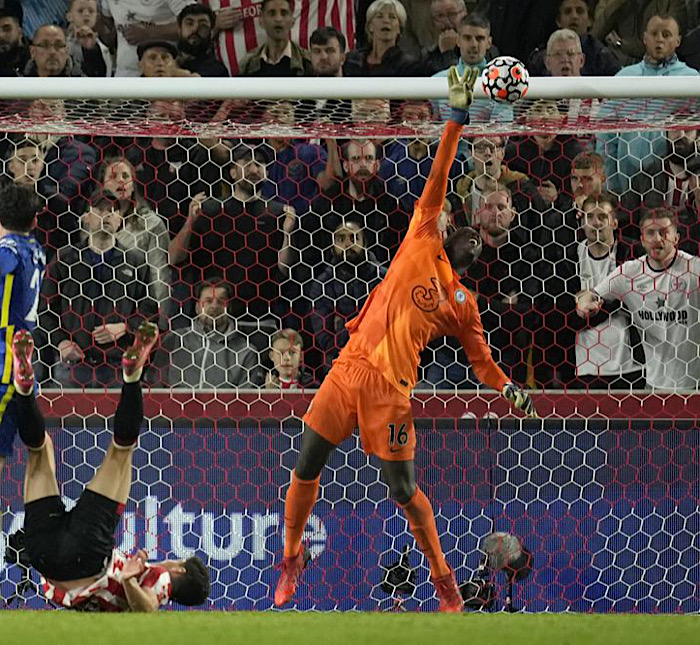 Chelsea goalkeeper and Senegal international Edouard Mendy has been shortlisted for the Premier League’s Save of the Season award.

Kepa’s fingertip saves against Brentford in October earned him a spot on the list.

His save against the Bees helped the Blues win all three points.

The Blues goalie will compete against Jordan Pickford and Leo Bernd for the award.

According to the report, the winner will be made public on Saturday 28 May.

Ahead of next season, there are hopes Mendy will remain the Blues number one goalie while there are speculations on the future of Kepa Arrizabalaga at the club.

Kepa has been linked with moves away from Stamford Bridge as he hopes to get more game time elsewhere.