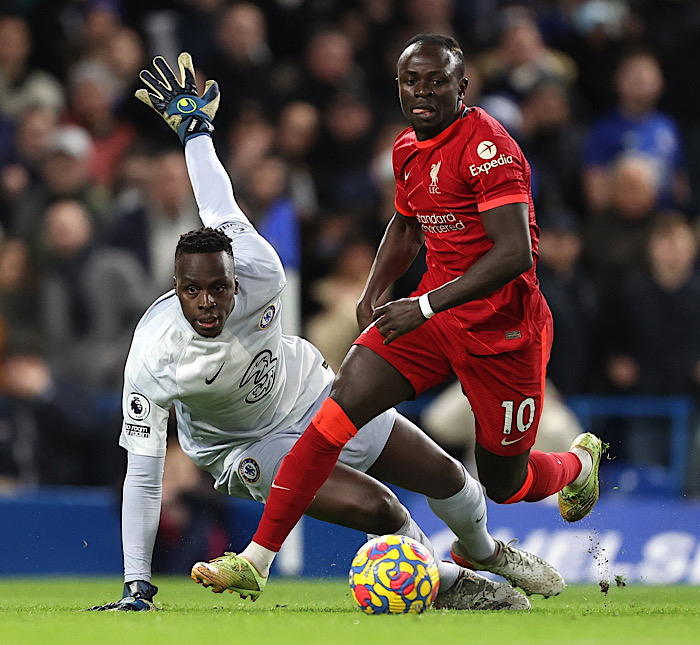 Ahead of Liverpool and Real Madrid clash in the Uefa Champions League this weekend, Chelsea goalie and Senegal international Edouard Mendy has revealed which side he wants to emerge winner.

Mendy, who won the UCL with Chelsea last season is hoping Liverpool best Real Madrid so that his fellow countryman Sadio Mane would have a chance to win the Ballon d’Or this year.

The Reds will go head to head with Real Madrid this Saturday with the hope of winning a treble this season.

While he has played 12 matches and scored five times in the Uefa Champions League.

He also lifted the African Cup of Nations (AFCON) with his home country Senegal this year.

“He is having an exceptional season, he is in the running for the Ballon d’Or and the Champions League will mark a turning point. He plays against his biggest competitor. Whoever emerges victorious will score a lot of points.”

Declan Rice reveals next club amid interest from Chelsea, others