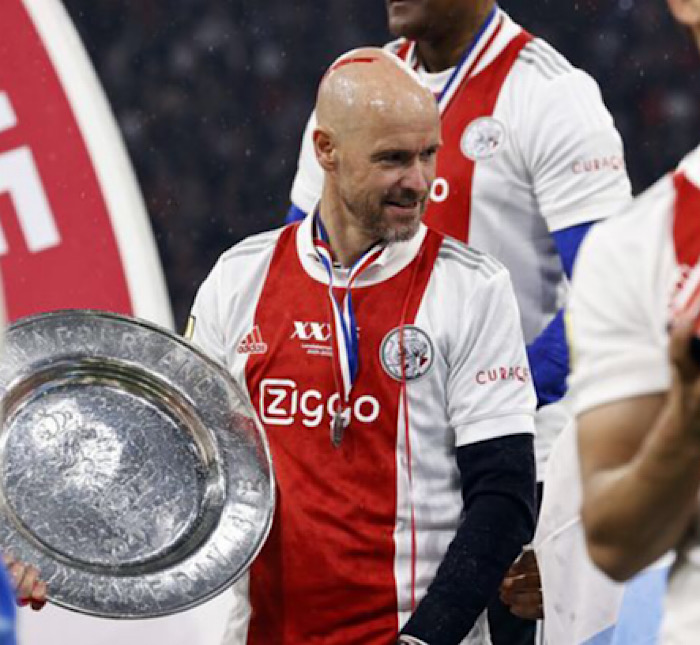 Manchester United have congratulated their permanent manager, Erik ten Hag, over his latest victory at Ajax in his near-five years reign.

This comes as Ajax won the Eredivisie title on Wednesday after defeating Heerenveen 5-0, making it the third league title Ten Hag would win.

Reacting, Manchester United via a statement on their official website, gave a breakdown of the Dutchman’s achievements at Ajax and congratulated him.

“Ten Hag has a reputation as an attack-minded manager and that has certainly been evident with his side this term. Ajax have an impressive goal difference of 79, having scored 96 goals in the league so far.

“Perhaps even more impressive is the defensive resilience of Ten Hag’s team. In 33 matches, Ajax have conceded a mere 17 goals, 15 fewer than the next nearest team.

“Off the back of the Dutchman’s latest success, we look forward to welcoming Ten Hag to Old Trafford next season. Congratulations, Erik!”