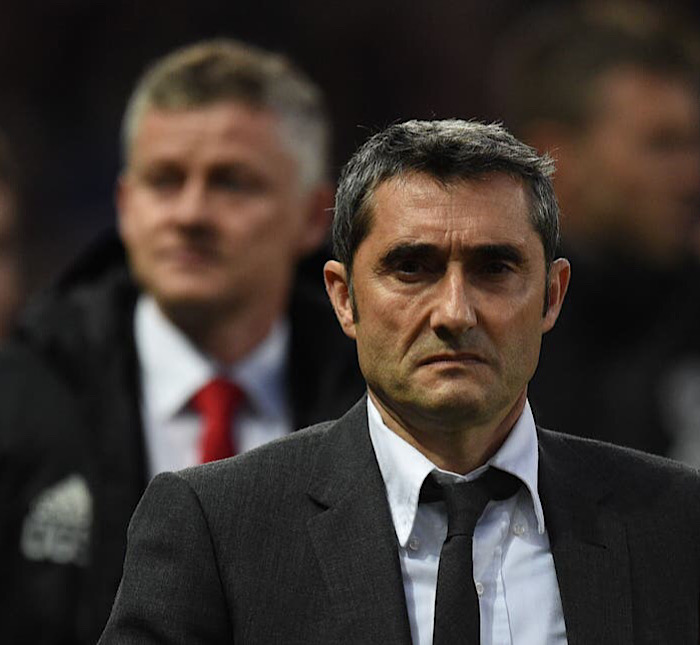 As Man Utd continue the race for a new coach after the sack of Ole Gunnar Solskjaer, the club are in search of a new but interim coach that would manage the club for the rest of the season before they sign an experienced coach.

At the moment, the club is being managed by a caretaker in the person of Michael Carrick, who led the Red Devils to victory vs Villarreal on Tuesday night.

A latest report has claimed that Manchester United are in talks with former Barcelona manager, Ernesto Valverde, to become the club’s interim manager.

Valverde had to leave Camp Nou last January after a dismal run of results in the Spanish La Liga.

However, before he left, he won the league title twice in his three-year reign at Barcelona.

The UK Guardian, in a report, claimed Valverde has held talks with John Murtough over a move to Old Trafford and has even gone as far as to suggest potential players to add to the squad in the January transfer market.

There are indications that Mauricio Pochettino remains Man United’s first choice, but he is a coach at PSG and would prefer to wait till the end of the season before considering a switch to Old Trafford.

Another close candidate is Zinedine Zidane, but the Frenchman is reportedly not keen on the job.