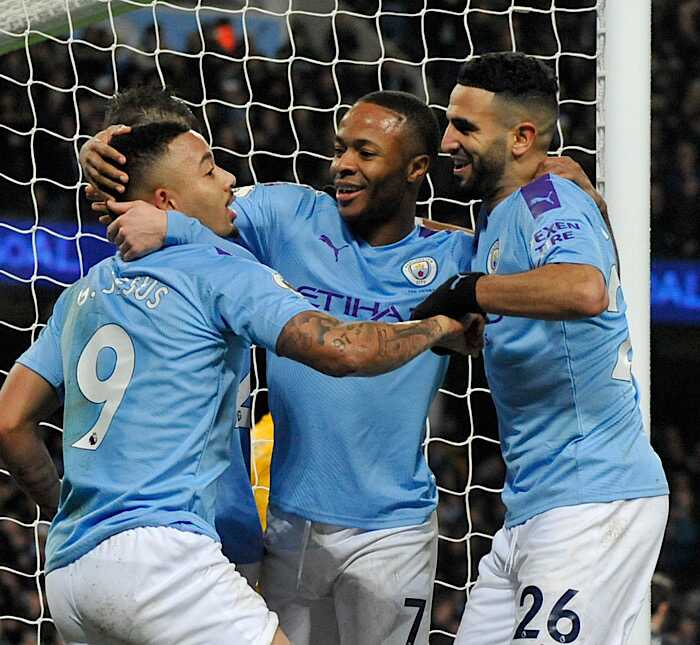 Man City striker, Riyad Mahrez has ruled out his exit away from the Premier League toppers amidst interest from Arsenal.

This is not the first time the Algerian will be linked with moves to Arsenal.

Mahrez who won the Premier League title with Leicester City in 2016 was linked with transfer moves to Emirate Stadium, however, he stayed back at the King Power Stadium for another two years before moving on to sign for Man City.

Mahrez played a top role in Man City’s run to the Champions League final last season, even though they lost the trophy to Chelsea, he has affirmed that he is focusing on his future in Manchester.

This is coming after a report had claimed that Man City had put him and Raheem Sterling up for sale this summer.

While speaking to DZ Sport after scoring the winner in Algeria’s 1-0 victory over Mali on Sunday, Mahrez spoke about his future at Etihad Stadium.

He said, “There is nothing about my future. I am well in Manchester. I will stay, God willing.”

Recall that Mahrez finished the 2020-21 campaign with 14 goals and nine assists from 48 appearances in all competitions.

His contract with Man City does not expire for another two years.

Premier League to punish Chelsea, Man Utd, Man City and others for attempting to join the European Super League