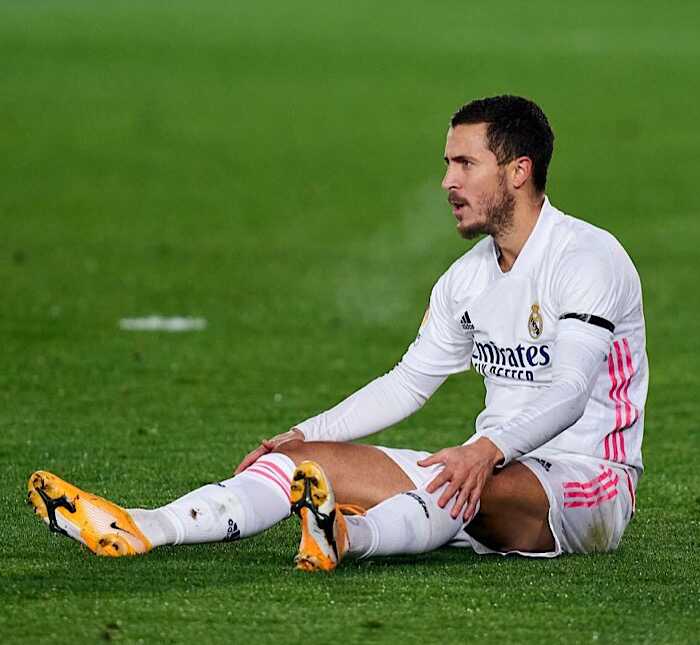 The latest report has revealed that former Chelsea talisman, Eden Hazard could be on his way out of Real Madrid this coming transfer window.

Real Madrid are reportedly ready to reduce his transfer price to ensure he leaves when the transfer window commences.

Marca reports that the Los Blancos could allow the Belgian striker to leave if they receive a bid of €50 million (£43.4m) which is far lower than the amount they paid Chelsea to sign him.

Recall that Madrid splashed out £130 million to sign Hazard from Chelsea in 2019.

But since moving to Spain, Hazard has failed to make an impact at Real Madrid thanks to multiple injuries and lack of fitness.

His lack of impact in the 2-0 defeat to Chelsea on Wednesday, as the Los Blancos crashed out of the Champions League made the club lose interest in him completely.

He also got Real Madrid fans angry after he was seen laughing with some Chelsea players after the embarrassing defeat at Stamford Bridge.

Although Hazard has apologized for his action, it seems it is not enough to stop him from being sold this summer.

Following his poor outing in Spain, it is uncertain which big club would make a move for him.