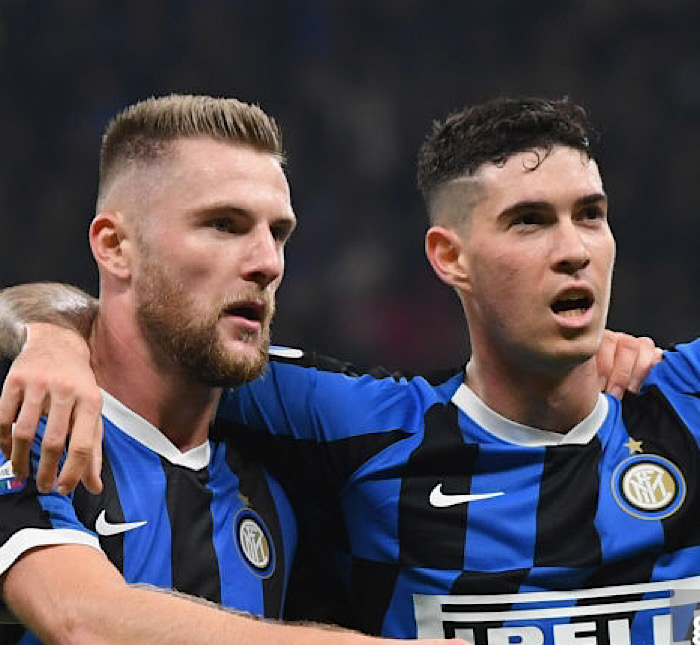 Chelsea striker and Belgium international Romelu Lukaku has recommended two players for the Blues to sign in the next transfer window.

According to Sport Meidaset, the two players recommended by Lukaku are Alessandro Bastoni and Milan Skriniar; both of whom he played with when he was at Inter Milan.

Recall that Blues, under their new coach, Thomas Tuchel, were hoping to bring in a new centre-back during the summer transfer window with the reports linking them with Jules Kounde from the Spanish side, Sevilla.

The deal, however, didn’t go as planned as Sevilla increased their transfer price figure by €15million as against the verbal agreement they already had with the Blues.

With Tuchel keen on adding a new centre-back to his squad at Chelsea, he could now consider moves for Bastoni and Skriniar.

While the Blues may find it add to sign Bastoni because the Italy international only just signed a three-year contract extension in May, they may, however, be able to sign Akriniar, who has just a year remaining on his current contract with the Italian Seria A Champions, which means he could also come at a lower price.

UCL: Ronaldo in line to start for Man Utd vs Young Boys

Returning to Man Utd is my best decision – Ronaldo