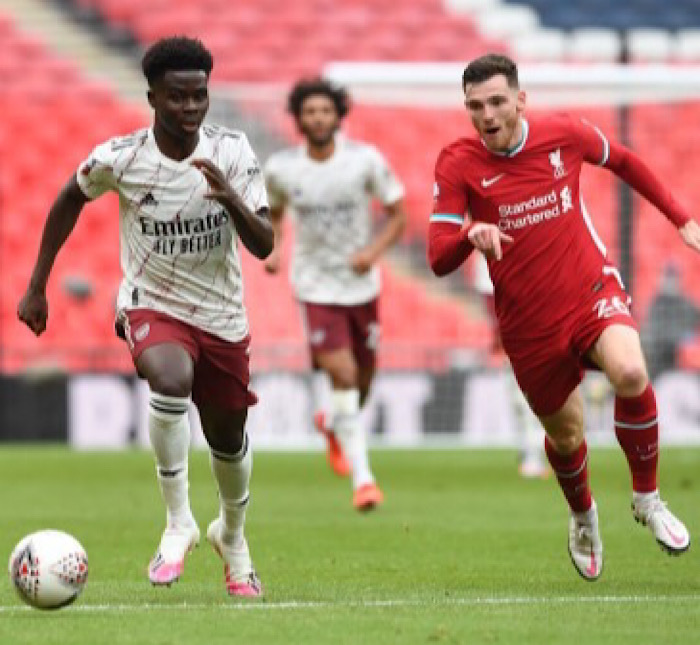 Arsenal will be facing a difficult task in their first game after the international break as they will be moving to Anfield to face Liverpool.

The game promises to be one of the most interesting this weekend in the English Premier League.

Arsenal have been one of the favourites teams to watch out for this season, having started the season with some poor performances.

However, the Gunners seems to have gained back their form under Mikel Arteta and are now back in the top six on the EPL table with the hope of making it back to the top four.

Liverpool, on the other hand, will hope to win all three points against the Gunners to close the gap between them and Chelsea, who are seated at the top of the league table.

Former Arsenal star Paul Merson has, however, predicted the game to end in a. draw.

Speaking on the Liverpool vs Arsenal game, Merson told Sportskeeda, “I’ve said since the start of the season that if Arsenal keep their starting XI fit, they can get top four. Judging by the aspirations of the two clubs, a draw would be good for Arsenal, while Liverpool will be unhappy with it as they are trying to win the Premier League. However, I predict the two sides will share the spoils at Anfield. Liverpool 1-1 Arsenal.”