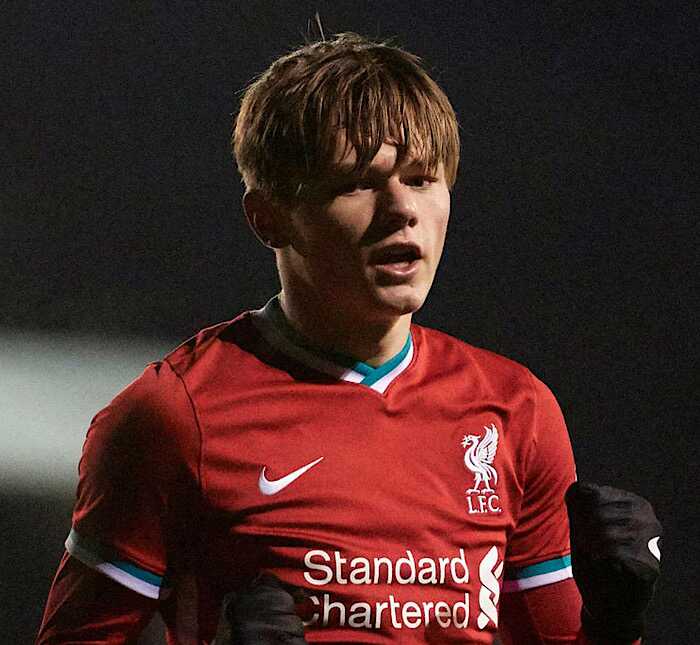 Liverpool are set to lose one of their youngsters to Premier League rivals Chelsea.

Chelsea and Liverpool have become famous for their youth side, and a star midfielder under Jurgen Klopp’s club is set to make the journey to London.

According to Liverpool Echo, Liverpool have accepted that they are going to lose midfield starlet Ethan Ennis this summer.

Ethan Ennis has been linked to a move to both Chelsea and Manchester United, but it looks like the blues have the battle for youngster.

Liverpool Echo reported that 16-years-old has already visited Chelsea’s training ground in Cobham and shared some pictures on his official Instagram account.

Ethan Ennis has already established himself in Liverpool as he eight times for the club’s Under-18s last term, chipping in with five-goal.

With a move to United seemingly all but done, Liverpool have already started planning for how they can get the very best for themselves out of Ennis’ departure.

The reds are turning their focus towards negotiating a development fee for the youngster, with a tribunal a possibility if an agreement cannot be reached.

Revealed: Roman Abrahimovic relationship with agent set to help Chelsea in the pursuit of star striker