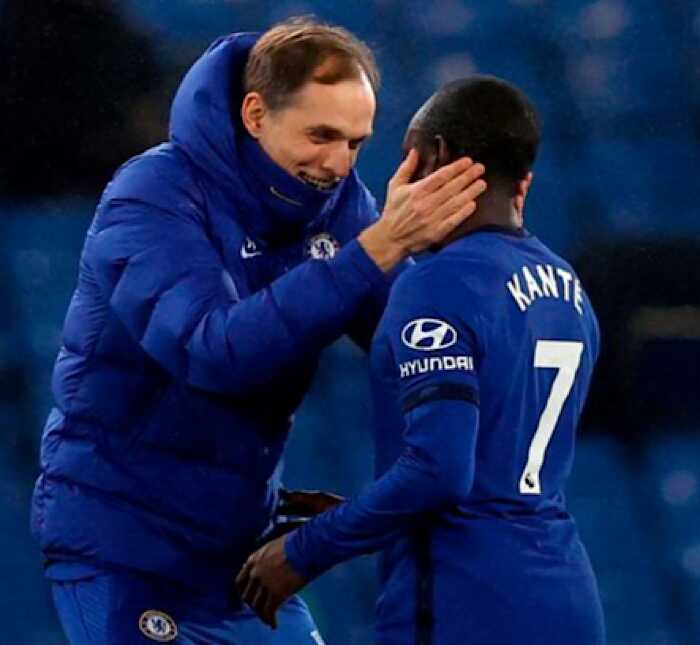 As Chelsea prepare for their Sunday match vs. Aston Villa in their last Premier League game for this season, the Blues manager, Thomas Tuchel has been advised on the players to use in his midfield.

According to Sherwood, he stated that Kovacic and Jorginho are better than Kante as he advised Tuchel to used them in the midfield during their game vs. Aston Villa today.

“At the beginning of the season, the two favoured were Jorginho and Kovacic,” Sherwood said, as quoted by The Chelsea Chronicle.

According to him, it was only because Kovacic picked up an injury that Kante came in and was outstanding when he came into the side. He showed Tuchel what he could deliver.

“I would play my best team in the first game against Villa.

“I am not sure Kante is in my best. I think Kovacic and Jorginho are my best two in midfield,” he added.

Chelsea will hope to defeat Aston Villa and win all three points in order to seal their spot in the top four on the league table.

Kane advised against transfer move to Chelsea and Man Utd