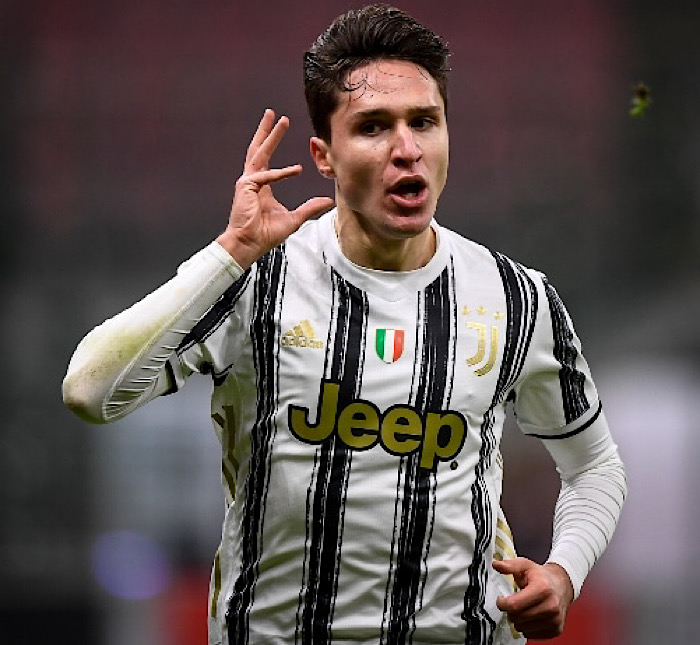 Juventus striker Federico Chiesa has been linked with a shock move to Chelsea.

A report via Calciomercato revealed that Chelsea are willing to make a ‘monster’ £84million bid to sign the 24-year-old at the end of the season.

The report added that Chelsea manager Thomas Tuchel wants Chiesa in his squad at Stamford Bridge and could get backed by the club’s chief Marina Granovskaia as they attempt to lure the forward to Stamford Bridge.

Chiesa became a centre of attraction for top European clubs over the summer after putting in some impressive performance for his home country Italy which saw him make the Team of The Tournament as they went on to win Euro 2020 after beating England in the final.

Chiesa scored the lone goal for Juventus during their first leg of the Uefa Champions League, which ended in a 1-0 scoreline in Italy, but he was unable to replicate the same thing in the second leg played at Stamford Bridge recently.