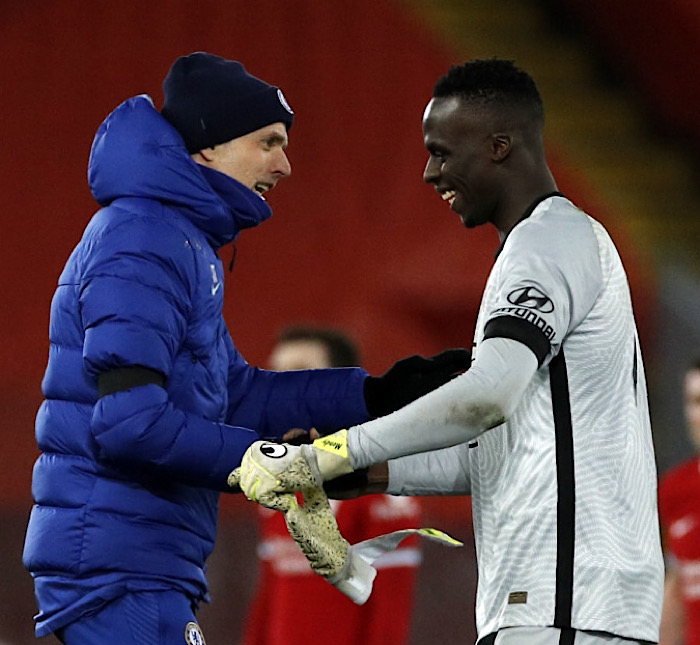 As Chelsea goalkeeper and Senegal international Eduoard Mendy is set to celebrate his 1st anniversary at Stamford Bridge, coach Thomas Tuchel has been full of praises for him.

Recall that Mendy joined the Blues last season from Rennes, and he has since become the Blues No. 1 goalkeeper under Tuchel.

Mendy helped the Blues win the Champions League and is already on course with his teammates to win another trophy this season.

Tuchel, in a statement via Chelsea official website, said he is happy with the Senegal international as he described him as an outstanding guy with a fantastic personality.

The Blues coach revealed that Mendy’s development from the first day at Stamford Bridge has been outstanding as he plays with so much confidence.

“It’s so hard to score against him in training.

‘Our goalkeeper coaches and the second and third goalkeepers did a fantastic job, because only if they are a top team and push each other to the limits can a number one perform like he performs. He is calm because he feels safe in his environment.

‘Every top team needs a top goalkeeper, and we have one,” Tuchel added.

Mendy is expected to return to action today when the Blues face Tottenham Hotspur in the Premier League.

He is everything you need in a midfielder – Tuchel hails Kante