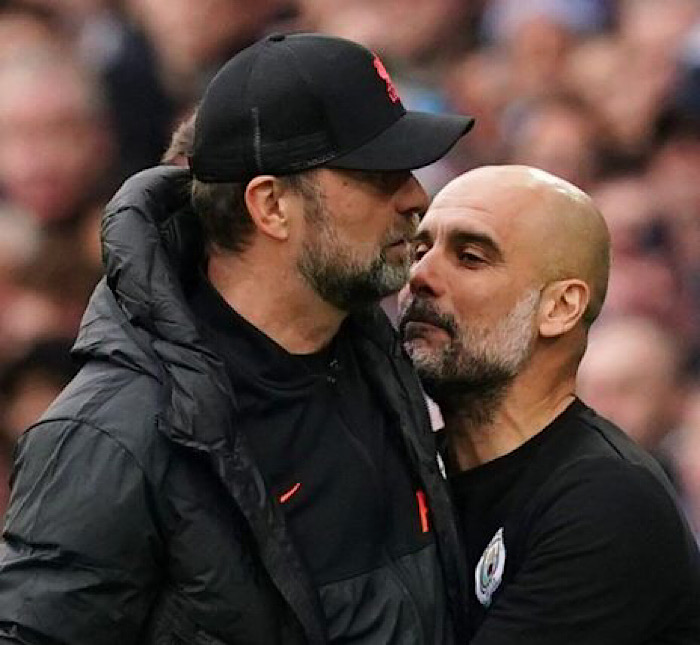 Man City manager Pep Guardiola has said his side would beat Liverpool in the FA Cup Semi-Final after they played a 2-2 draw at Etihad Stadium on Sunday.

Guardiola stressed that the Reds manager Jurgen Klopp was not his friend as he emphasised that he only admires Klopp, who he claims has made him a better manager.

The Citizens manager made this known while speaking after their 2-2 draw with the Reds on Sunday.

“I don’t know if Jurgen respects me but Jurgen has to know I respect him a lot. He has made me a better manager.

“His team is always there, they are always aggressive.

“We are not friends, we never see each other, I have his number but I don’t call him.

“I have respect for him, but he knows next Saturday [in the FA Cup semi-final] I am going to try and beat him,” Guardiola said.

Man City remain one point ahead of Liverpool on the EPL table.

UCL: Tuchel confirms Azpilicueta will be available to play vs Real Madrid but …