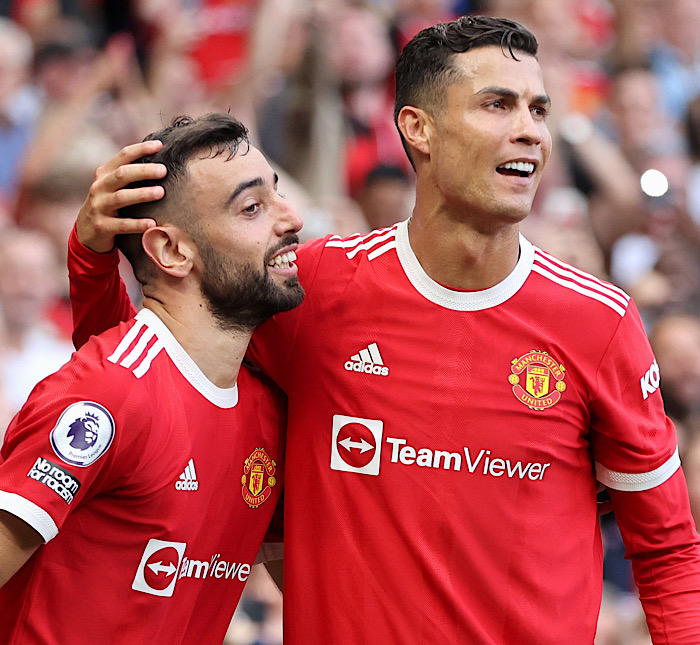 It is no longer news that Ronaldo wants to leave Old Trafford this summer but has not been able to find a suitable club.

While he remains at Manchester, Ronaldo has started only one Manchester United three Premier League games, as he is keen on playing in the Champions League this season, which the club can’t give him as they will be playing in the Europa League instead.

Ronaldo didn’t start during the Red Devils game vs Liverpool but came in as a substitute.

Fernandes, who is Ronaldo’s team in the Portugal national team has appealed to fans to respect the striker’s decision if he chooses to leave Old Trafford.

“There is a lot of speculation, but there is no one better than Cristiano to talk about it,” Fernandes told Eleven Sports when asked about Ronaldo’s future.

“Cristiano is calm, he worked well this week, he did his work as he has been doing, he will continue to do so.

“For now he is a United player, I don’t know about his future, if he will leave or if he will not leave.

“I don’t think anyone has shown so far that there was no interest in Cristiano not staying.

“He can continue at a high level and give us a lot of goals, but it’s his decision.

“The most important thing is that he’s okay, at the highest level and makes our country proud.”

EPL: Azpilicueta speaks ahead of Chelsea’s next match vs Leicester City