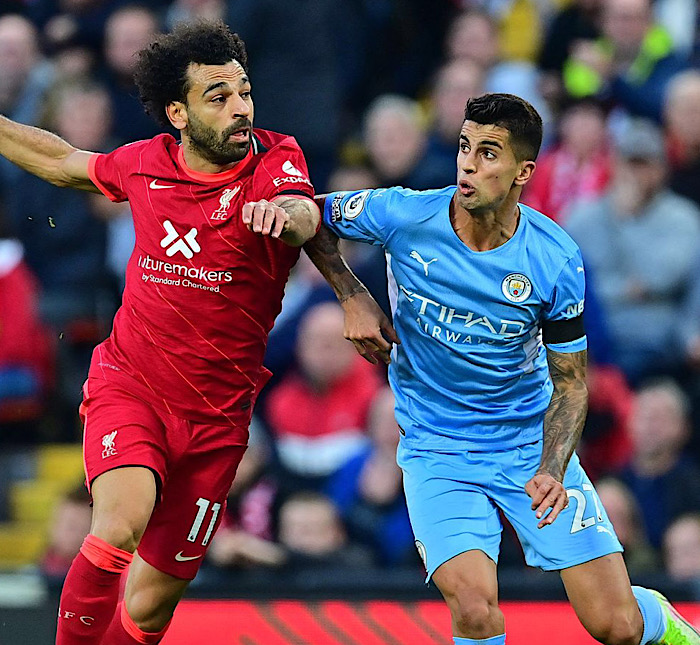 Man City manager Pep Guardiola has revealed in a recent statement why his side suffered a defeat to Liverpool in the FA Cup semi-final on Saturday.

Guardiola stressed that Man City were passive against Liverpool in the first half during the encounter at Wembley Stadium.

The Reds were able to kick Man City out of the tournament thanks to a goal from Ibrahima Konate and Sadio Mane’s brace.

Also, Jack Grealish and Bernardo Silva found the back of the net for Man City, but it was not enough.

Speaking at his post-match press conference, Guardiola said: “I have a lot of confidence in my players and selections. I trust a lot of them. We had a terrible run of fixtures and travel and a lot of important games. That is why we needed fresh legs.

“In the first half we were so passive, we were scared to support people when we went there, but in the second half we had the momentum, we had the most clear chances.”

Guardiola particularly supported Steffen, who lost control, allowing Mane to slide in and score after he dwelt too long on a backpass from Nathan Ake.

The Spaniard added: “It is an accident, it happens. Edi (Ederson) was close (to making a similar mistake) in the last game as well. We need that to create our football. Mane was quicker and that is all.

“I am pretty sure Zack did not want to do it. Sometimes strikers miss chances in front of keepers, but keepers are punished more.”

Liverpool tipped to beat Man Utd despite win vs Norwich