EPL: Tuchel reveals two Chelsea player he is happy with after win vs Leicester City
Advertisement 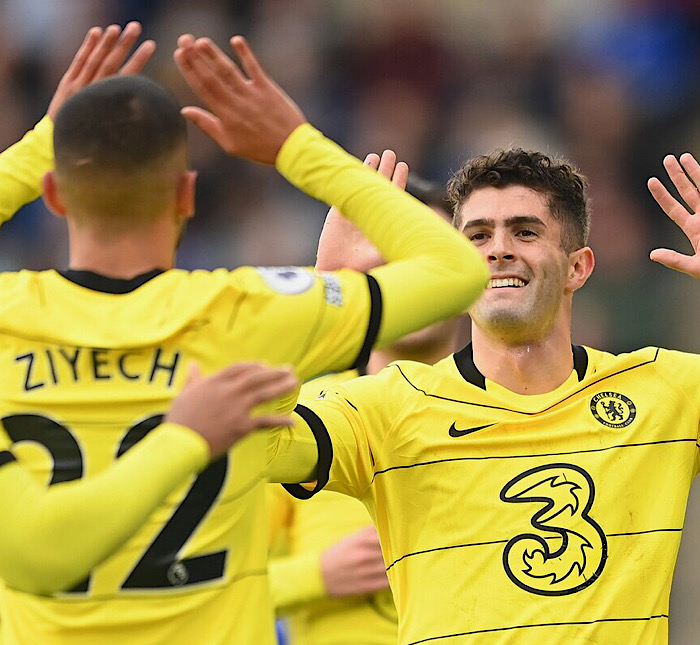 Chelsea manager and Germany international Thomas Tuchel has revealed the two players he is happy with after their away Premier League victory against Leicester City on Saturday at the King Power Stadium.

Tuchel, in his statement, revealed he is happy with American international Christian Pulisic and Morocco international Hakim Ziyech after Chelsea defeated Leicester in their first game after the international break.

The use fired in three goals from Antonio Rudiger, N’Golo Kante and Pulisic to win all three points against the Foxes.

The outcome of the match against Leicester means the Blues remain at the top of the Premier League table with 26 points from twelve games.

“I’m very happy that, after a long time when he [Christian Pulisic] suffered from Coronavirus and injury, that he is back and decisive straight away and I’m very happy also for Hakim, who deserved to start, that he was again involved with an assist,” Chelsea’s official website quoted Tuchel as saying after the match.

Chelsea will return to action on Tuesday when they host Italian side Juventus in the Uefa Champions League.