No excuses - Ronaldo charges teammates ahead of UCL clash vs Atalanta 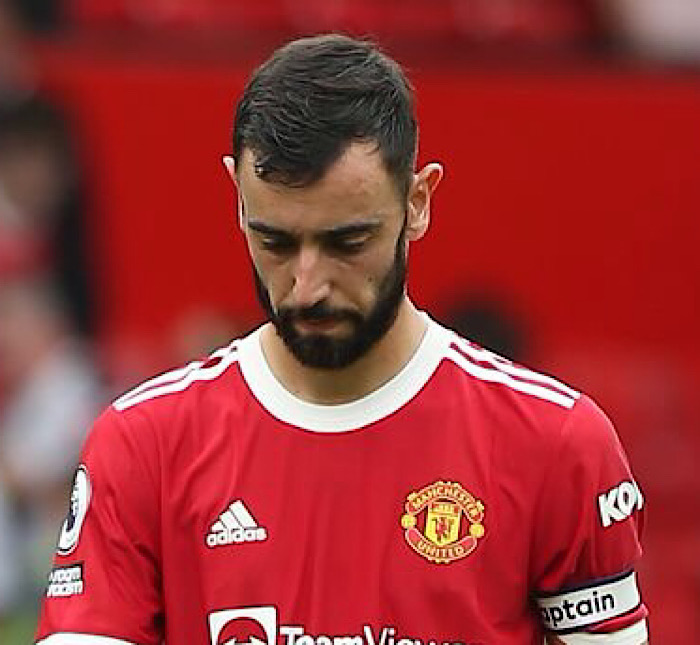 Man Utd midfielder and Portugal international Bruno Fernandes has reacted to the penalty he lost during the match vs Aston Villa this weekend in the premier league.

Fernandes got the opportunity to score an equaliser for the Red Devils after referee Mike Dean punished Kortney Hause for handball inside the area.

However, the Portugal international who took the penalty kick ahead of his compatriot, Cristiano Ronaldo, fired the ball over the post, as Man Utd suffered their first loss this season.

Fernandes, 27, in a reaction after the match, has said he does not have an excuse for missing the penalty as he took to his Twitter handle to apologise to fans, saying he would “be ready next time”.

He wrote, “No excuses for my penalty miss today.

“I’m my biggest critic, but as always, I’ll use it to drive me forward.

More than my disappointment though, the team’s loss today is the most important. I’ll be ready next time.”

Man Utd will hope to return to winning ways in their next match vs Spanish club Villarreal in the Uefa Champions League.