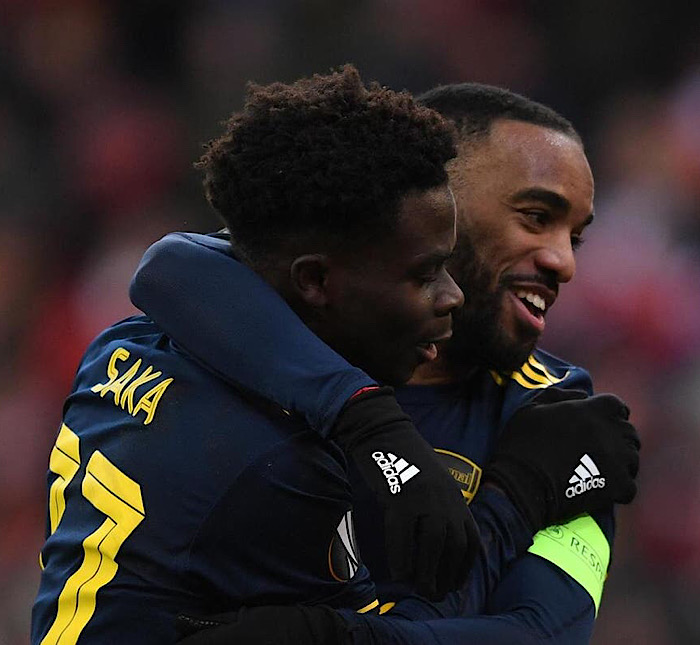 Ahead of the Arsenal game vs Aston Villa on Friday night at Emirate stadium, the Gunners boss, Mikel Arteta, has provided the latest update on Bukayo Saka and Alex Lacazette.

The Gunners, who are just gaining back their form following a poor start in the EPL, will head to the match vs Aston Villa following a 2-2 draw with Crystal Palace on Monday.

Arteta’s side are seated at the 12th spot on the Premier League log with 11 points from eight games.

Speaking at his pre-match press conference on Thursday, Arteta revealed that Saka hadn’t trained yet as he has to assess him and see how he is.

“I am not a betting man, and it is down to the doctors and himself to see how he recovers and how he feels when he trains today and tomorrow,” Arteta added.

On Lacazette, Arteta said the player is doing well as he had a good impact when he came on against Brighton and has remained a player since; the Gunners coach stressed that Lacazette remains an important player at Emirate stadium.

Arsenal will hope to win all three points vs Aston Villa tonight in a bid to move closer to the top six on the log at least.

EPL: Chelsea without Lukaku and Werner vs Norwich – Prediction