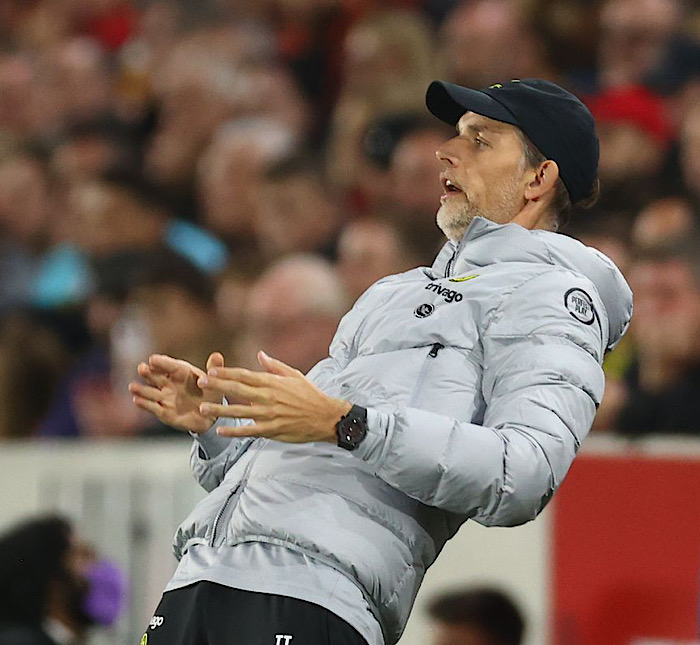 The Blues returned to action on Wednesday night vs Tottenham Hotspur in the second leg of the EFL semi-final.

Although Chelsea won the match in a 1-0 scoreline thanks to a goal from Antonio Rudiger, coach Thomas Tuchel was left frustrated by his side’s performance.

In the first half of the game, Chelsea dominated the match, but the second half saw them drop their guard down as  the Spurs were provided with openings during the closing 50 minutes.

Tottenham scored two goals which VAR chalked off, and a later effort from Harry Kane was ruled out as offside.

The Blues goalie Kepa Arrizabalaga made several saves during the second half, and Tuchel was unhappy.

Speaking to BBC Radio 5 live, Tuchel said: “We’re happy with the result. In the first half we were the better team and we deserved to be up.

“But we lost concentration and lost focus in the last 15 minutes of the first half and again in the second half. We were almost punished for lack of focus.

“We played at 90% and that’s not our style – we shouldn’t do this. We had to work hard and it was not our best performance – we were better in the first leg.”

Chelsea will play one of Arsenal or Liverpool in the final on February 27.

Why Chelsea are better off signing this German defender