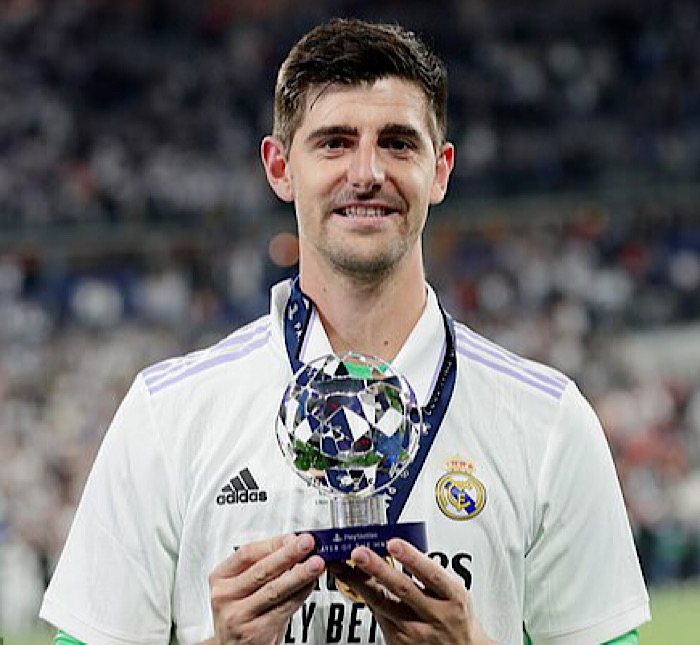 Real Madrid goalkeeper, Thibaut Courtois seems to have mocked fans of English football, including Liverpool and his former club, Chelsea after he delivered a man of the match display in Saturday’s Champions League final in France.

Recall Courtois forced a departure from Chelsea to Real in 2018.

He struggled in first year before he finally picked up at Real Madrid.

Courtois gained more recognition Under current manager, Carlo Ancelotti, who helped him gain back his reputation and is now back amongst the best goalkeepers in the world.

Liverpool struggled against the Belgian at the goal post, as he stopped Mohamed Salah and Sadio Mane from scoring.

Speaking to the press after the match, the Belgian offered a pointed response to his critics, saying: “Yesterday in the press conference I said that when Madrid play finals they win. I was on the good side of history.

“I saw a lot of tweets coming my way that I would get humbled today, it was the other way round.

“Today, I needed to win a final for my career, for all the hard work to put respect on my name as I don’t think I get enough respect, especially in England. I saw a lot of criticism even after a great season.

“I am really proud of the team. We stuck to it and when I needed to be there, I was there for the team.

“We beat some of the best clubs in the world. City and Liverpool were unbelievable this season. They fought to the end in the Premier League, Liverpool won two cups and they were really strong.

“We played a great game today. We had one chance and scored it.”