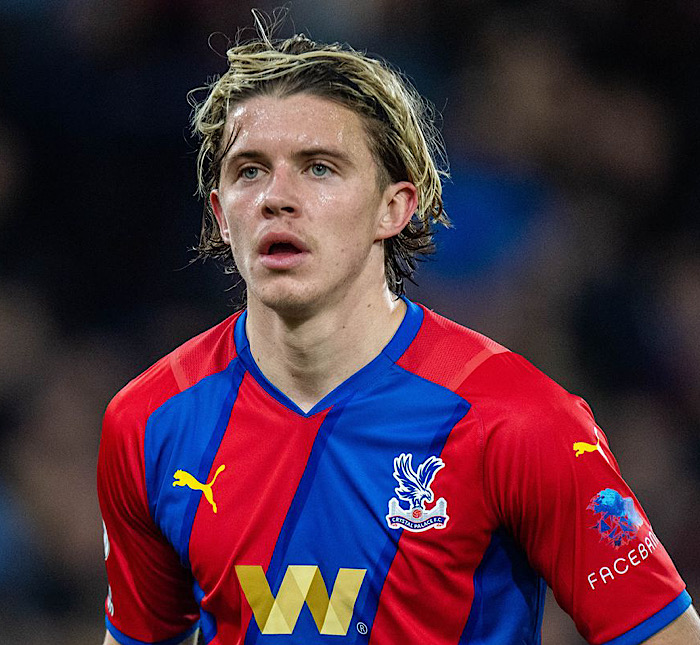 This is according to former Chelsea striker, Tony Cascarino who stressed that the Blues would regret it if they allowed young midfielder leave the club.

Cascarino stated that Gallagher, who currently plays on loan at Crystal Palace, must be given a chance to fight for a place in Chelsea’s XI next season.

This comes as Chelsea are currently battling with midfield injury crises as most of their key midfielders are not completely fit.

The duo of Jorginho and Ruben Loftus-Cheek recently joined the queue of injured midfielders, thus adding to the Blues worries ahead of their EPL game against Wolves this weekend

Chelsea manager and Germany international Thomas Tuchel, in a statement, revealed he might have to make use of N’Golo Kante and Mateo Kovacic, who are not fully fit yet.

“He can’t leave, can’t let this one go. Too many great players have left Chelsea that have gone elsewhere,” Cascarino told talkSPORT.

“This one would be a bridge too far to let him go. He does one thing that Chelsea haven’t got. He’s a goalscoring midfielder and more centrally. They’ve got lots of wide players who can chip in with goals.

“Sometimes Mason Mount can sometimes play a bit more central, Hudson-Odoi can come inside you could argue but he’s an attacking midfielder. He’s like N’Golo Kante with goals.

“When that description was mentioned by Tuchel he’s got goals. He does so many good things for the side but I think he can do what Kante can do and give you a return of goals.

“I’d be amazed if Tuchel doesn’t have him back next season ready to fight for a place in that starting line-up.”

Trouble as two Chelsea senior defenders to leave in January