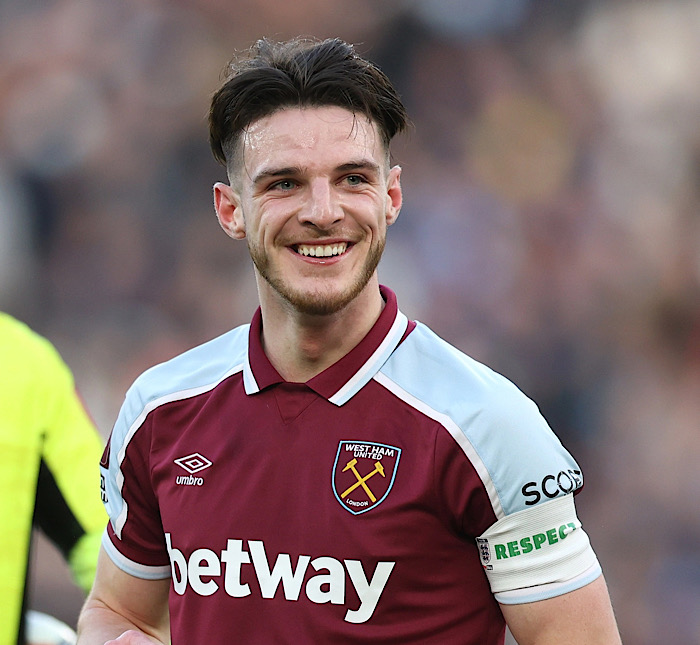 Chelsea are still in the race to sign West Ham star Declan Rice as the latest report claims the Blues want to offer Armando Broja and Ross Barkley as part of a deal to sign Rice this summer.

Chelsea have been interested in signing Rice for a while now but West Ham’s fee of £150m had kept the Blues away.

A report from 90min claimed that Chelsea have recently seen a fresh approach for Rice turned down by West Ham, which involved Blues representatives holding talks with Hammers owner David Sullivan.

The report added that the Blues will consider trying to offer both Broja and Barkley in part exchange.

West Ham are said to have eyes on Broja this summer and they are allegedly ready to submit a £30m bid for the young striker, who scored nine goals in 38 appearances on loan at Southampton last season.

Barkley, on the other hand, is a surplus in the Blues’ midfield, which is part of the reason he started only four times in the 2021-22 season.

He has just a year left on his contract and has been linked with a departure away from Stamford Bridge this summer.

After Rudiger, Chelsea ready to let these two defenders leave at £11 million each