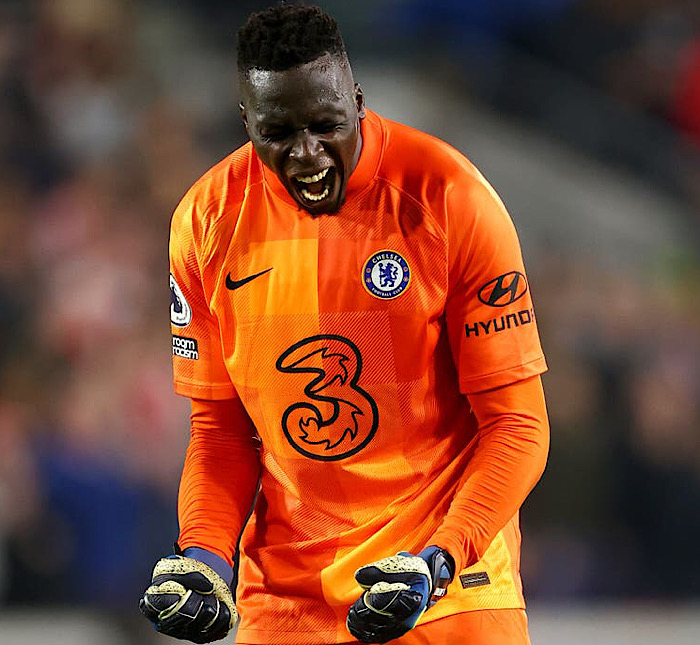 Chelsea have overtaken Liverpool to remain at the top of the Premier League log table barely hours after the Reds were at the top spot following a 1-0 win vs Watford.

The Blues regained the spot after they defeated Brentford in a 1-0 scoreline on Saturday.

Ben Chilwell gave the Blues the three points they needed after scoring the lone goal towards the end of the first half.

Before Chilwell’s goal, Chelsea had struggled to break down Brentford to no avail.

Apart from Chilwell, the other player that saved Chelsea from losing three points was their goalkeeper, Edouard Mendy, who made some impressive saves to keep the Blues in the game as the hosts fought back.

Mendy, in the final 10 minutes of the game produced two fine stops to deny Saman Ghoddos and Pontus Jansson.

The Senegal international also pulled off another stunning fingertip save from Christian Norgaard’s volley in stoppage time.

Chelsea are now seated at the spot of the Premier League table with a point ahead of second-placed Liverpool, while Brentford remain at the seventh position.

The Blues will now focus on their next match vs Malmo in the Uefa Champions League.

Tuchel hails this Chelsea player after 1-0 win vs Brentford