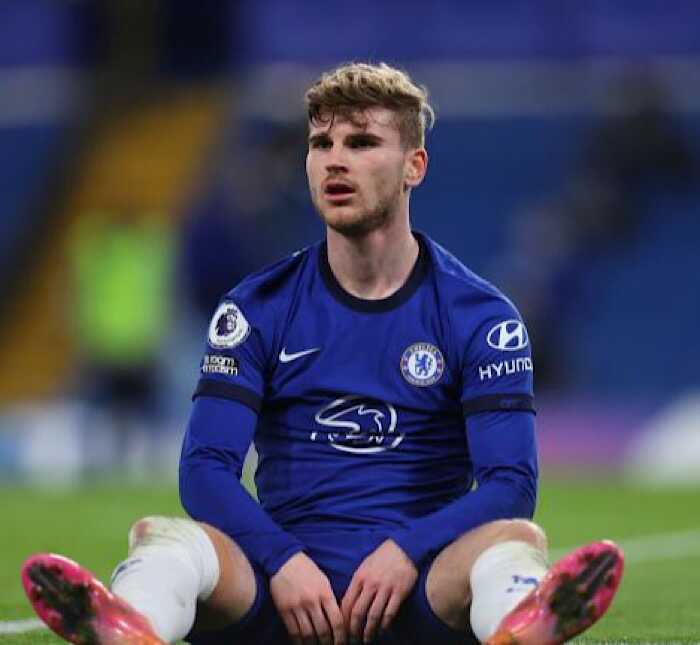 Timo Werner joined Chelsea from RB Leipzig last July and was a regular for the Blues during the 2020-21 campaign, making 52 appearances in all competitions.

The Germany international scored 12 times and contributed 15 assists during his first season with Chelsea.

However, the star forward was guilty of missing some clear chances, and he only managed to find the back of the net on six occasions in the Premier League.

Chelsea have been linked with Harry Kane and Erling Haaland as they plan to change their frontline, but Werner could leave Stamford Bridge after just a season.

According to Sky Deutschland, Thomas Tuchel’s team have made contact with a number of leading European clubs to determine whether they would be interested in signing the 25-year-old.

Oliver Giroud left the club some days ago, and Chelsea might be using funds from his move and Werner’s move to pursue Haaland or Kane.

Werner has four years left to run on his contract at Stamford Bridge, and his record of 95 goals and 40 assists in 159 appearances for Leipzig means he’s still a great asset.

Revealed: Roman Abrahimovic relationship with agent set to help Chelsea in the pursuit of star striker