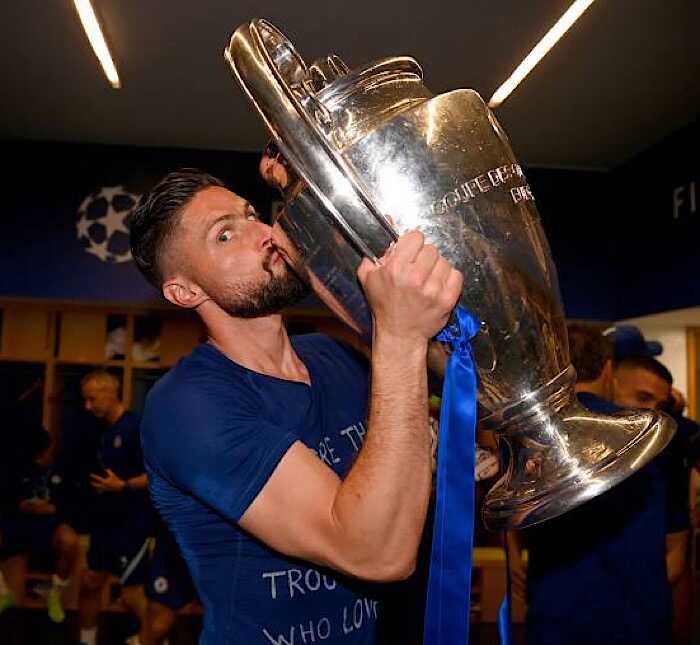 Chelsea forward Oliver Giroud is set to complete his move to AC Milan, and the Frenchman has penned an emotional farewell to blues fans.

Oliver Giroud joined Chelsea from Arsenal in 2018 in a deal worth £15.3m and have been able to prove his worth whenever given the chance.

The world cup winner has gone on to feature in 119 matches in all competitions, directly contributing to 53 goals, along the way.

Giroud played an important part in Chelsea’s Champions League win last season and might be considered one of the club cult heroes.

Now on the verge of completing a shock move to AC Milan, the experience forward penned a letter to the blues fans, players and management.

Giroud via the post, thanked his teammates, coaches, fans and management for the special moment they shared together.

According to Giroud, victories in the Fa Cup, Europa League and Champions League have been magnificent, and he will always adore the club.