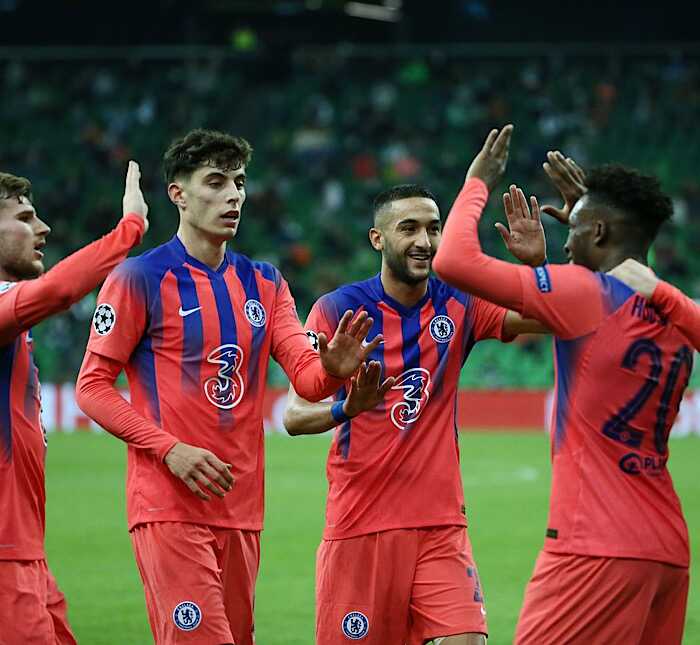 Chelsea boss Thomas Tuchel has the luxury of a completely fit squad for his side’s second leg of their Champions League quarter-final with Porto on Tuesday.

Tuchel was without Thiago Silva at the end of the week due to suspension, but well rested Brazilian could be rotated into the defence as Kurt Zouma makes way, while Andreas Christensen will expect to start once again ahead of Antonio Rudiger.

N’Golo Kante was sufficiently fit to appear as a substitute in the success at Selhurst Park, and with Tuchel meaning to keep his players new before the end of the week’s battle with Manchester City, Kante is in contention to start once again ahead of Jorginho.

In accordance with Tuchel’s approach of shuffling the pack, Reece James and Marcos Alonso could feature out wide instead of Callum Hudson-Odoi and Ben Chilwell, in spite of the last’s crucial goal in the first leg in Seville.

Mason Mount is essentially undroppable at the present time, however Tuchel may not be set to risk Christian Pulisic again after his recent injury worries – notwithstanding his brace at the end of the week – so Hakim Ziyech is in line to occupy a spot behind the striker.

Who that striker might be is questionable, as Kai Havertz impressed in perhaps the best game in a Chelsea shirt against Crystal Palace, while Timo Werner, Tammy Abraham and Olivier Giroud are standing ready. Given the last’s former achievement in Seville, and generally speaking solid form in this current season’s competition, he might be picked to lead the line.