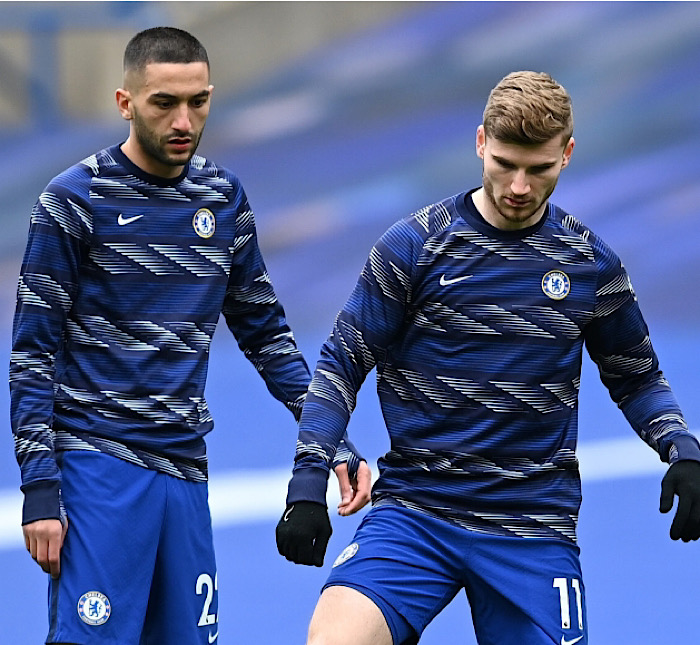 Spanish club are in the race to sign Man City Raheem Sterling in the coming transfer window.

However, if this doesn’t work, a report has claimed the Catalans are considering signing two Chelsea players, and they are Hakim Ziyech and Timo Werner.

Barcelona are hoping to sign any of the two players who are struggling for game time at Stamford Bridge, with Ziyech starting just two games in the Premier League so far this term.

Werner, on the other hand, recently returned from injury and came in as a substitute in Tuesday’s 4-0 win over Juventus, but once Belgian striker Romelu Lukaku rejoin the team, Werner would also see his opportunities limited.

With Xavi now the Catalans new coach, he is out to bolster his attacking ranks at Barcelona, and ESPN claimed that Ziyech and Werner are potential targets in the January window.

The report added that Barcelona have already enquired about the two players availability and would want any winter deal to be a loan, with a possible option to buy included for the end of the season.

Ziyech has a contract with Chelsea that does not expire until 2025, while Werner has four years to run on his deal with the EPL toppers.