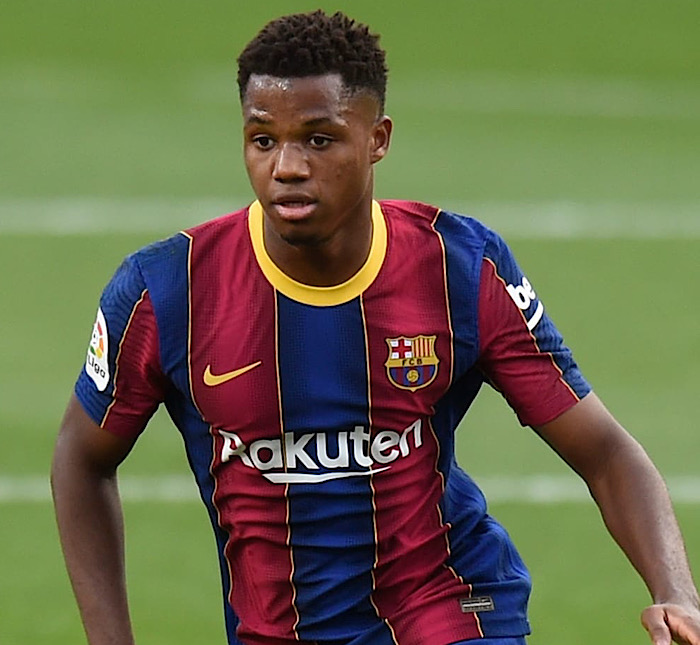 Recall that the the club President Joan Laporta, 59, in a statement last month disclosed that the La Liga giants are a staggering £1.15bn in debt. And one of the ways they plan to reduce the debt was to reduce their wage bill and as well comply with financial fair play regulations.

This saw them agree to the departure of Lionel Messi to French side, PSG this summer. They were however able to keep  other key players like Gerard Pique, Sergio Busquets and Jordi Alba who agreed to take significant wage cuts.

The Catalans also sold the likes of Emerson Royal to Tottenham Hotspur while  Antoine Griezmann was allowed to return to Atletico Madrid.

Laporta in his statement has however stressed that Fati was “never put up for sale” by the club this summer.

“Another thing is that it appeared in a newspaper that an English club was going to make an offer. This offer never came,” he told Cadena SER.

Fati has been handed Messi’s No 10 shirt number.

Ronaldo advised not to overwork his body at Old Trafford

Why Chelsea is ready to challenge Man City for the EPL