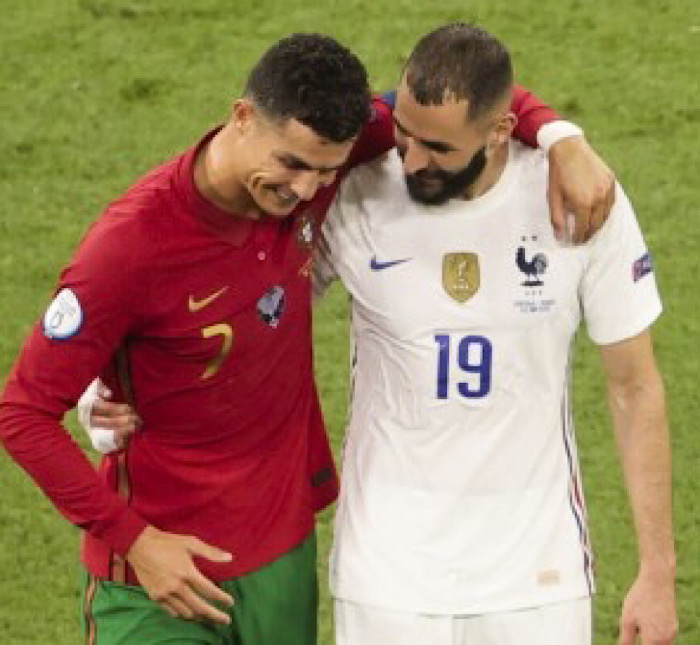 Former Real Madrid coach and France international Zinedine Zidane has snubbed Man Utd’s striker Cristiano Ronaldo as he named the French striker Karim Benzema as the player that deserves to win the Ballon d’ Or this year.

Zidane, who once coached Ronaldo and Benzema at Real Madrid, described Benzema, who led France to win the UEFA Nations League a few days ago, as an incredible player.

The French striker was nominated in the Ballon d’ Or 30-man nominees some few days ago.

Benzema will battle the likes of Ronaldo, PSG Lionel Messi, Chelsea’s Jorginho, Bayern Munich’s Robert Lewandowski, among others, for the prestigious award this year.

“He’s an incredible player – I have had the great honour of managing him.

“He can do it all on a pitch. He’s a cut above – and I hope he will be rewarded for it with this Ballon d’Or.”

The winner for this year Ballon d’Or, is scheduled to be announced in November

Two Ballon d’Or is expected to be awarded this year; one for 2020 as no winner was awarded owing to the Covid-19 pandemic and another for 2021.