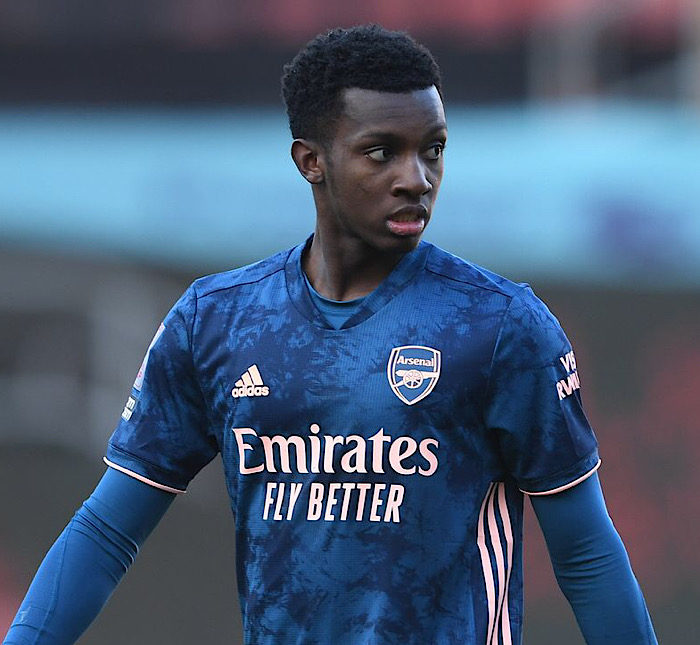 Arsenal striker Eddie Nketiah has been advised to leave the club for game time elsewhere.

This comes after Nketiah was impressive for the Gunners during their win against Leeds United on Sunday at Emirates Stadium where he scored twice.

The latest victory now put the North London side in a very good position to qualify for the Champions League next season, as they move four points clear of Tottenham in the race for a top-four finish.

While Nketiah’s contract runs out in the summer, the Gunners are reportedly keen to keep him at the club.

But Liverpool legend Jamie Carragher has however urged the Gunners striker to leave the club for game time elsewhere.

Speaking on Sky Sports, he said, “Yes [Arsenal] should try to keep him, but I don’t think he’ll ever end up first-choice striker, so I think it would be better for him to move on.”

His impressive form has caught the eye of potential suitors, who are willing to sign him on a free transfer in the summer transfer window.