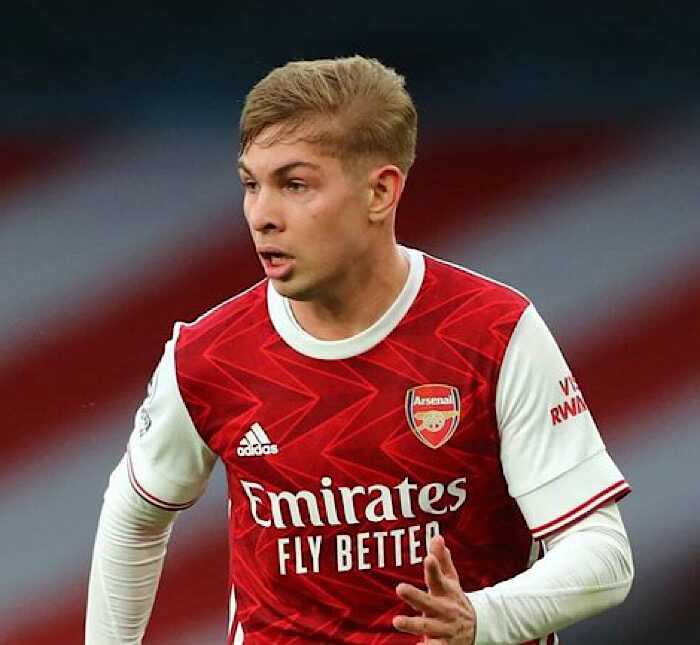 Arsenal has reportedly rejected a deal worth £25m for its youngster, Emile Smith Rowe, from Aston Villa who are willing to sign him on a permanent deal.

Smith Rowe was one of the youngsters that flourished under Mikel Arteta last season, scoring seven goals and claimed seven assists during 2020/21 in all competitions.

His impressive performance has seen him linked with some clubs in the Premier League who are willing to give him enough game time.

Despite not making an appearance for Arsenal in the Premier League until Boxing Day Smith Rowe helped the Gunners in their push for European football.

His performance has attracted interest from Aston Villa who recently broke their transfer record to bring in Emi Buendia, a player also linked with Arsenal.

However, the gunners are not ready to part ways with one of their most prized assets as they believe he has a bright future under the guidance of Mikel Arteta.

Arsenal are willing to strengthen their squad this summer rather than losing a player like Smith Rowe.

It’s yet to see if Aston Villa will return with another bid for the youngster who might also be thinking of starting afresh with a new club next season.