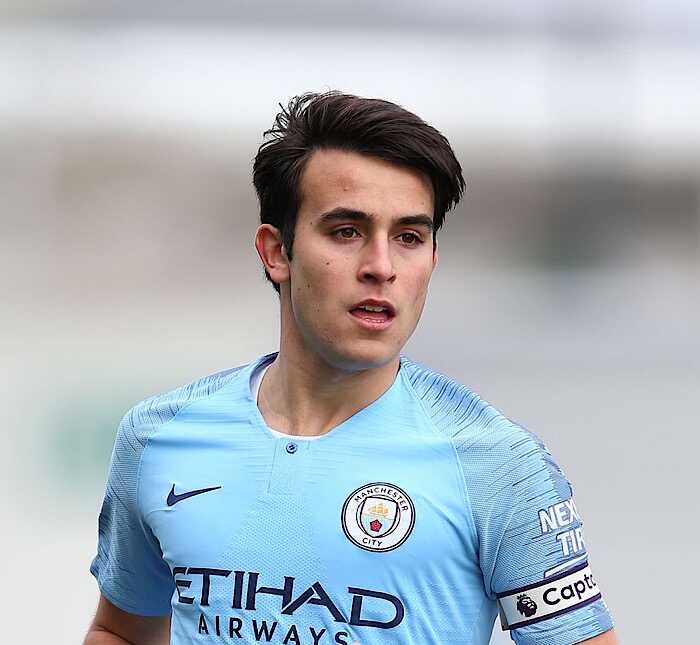 Arsenal and Chelsea are supposedly intending to hijack Eric Garcia’s proposed move to Barcelona after the Catalans changed the terms of their agreement.

Manchester City boss Pep Guardiola had recently affirmed that Garcia would join Barcelona this summer, and the Spain international is thought to have verbally agreed a five-year contract with Ronald Koeman’s side.

Nonetheless, the desperate Blaugrana probably now want Garcia to bring down his salary demands given their unstable financial circumstance, and the rest of his wages will be paid in performance related bonuses.

Thus, the Daily Star reports that Arsenal and Chelsea could endeavor to lure Garcia to the English capital instead, as the different sides would have no issue beating Barcelona’s salary offer.

The report adds that the 20-year-old – who has turned down the opportunity to earn more cash at Manchester City – remains uncertain on his next destination, but Barcelona are requesting an answer before the end of the month.

The La Masia graduate has made 10 appearances across all competitions during a disappointing 2020-21 season, including just 2 starts for the Premier League for Guardiola’s title-chasers.

Tottenham Hotspur to meet with former Chelsea boss one week from now?