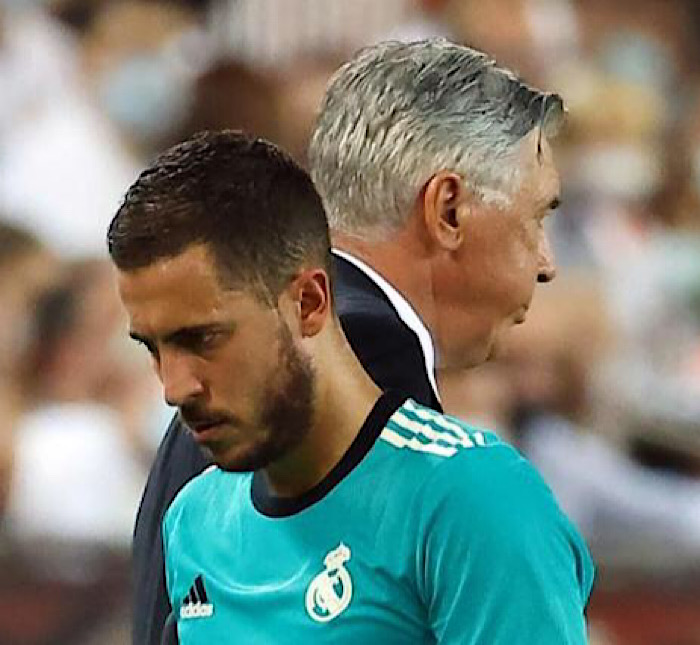 Former Chelsea striker and Belgium international Eden Hazard appears to be going through a tough phase at Real Madrid.

This comes as Real Madrid manager Carlo Ancelotti, in a recent statement, admitted that he prefers to start other players in his squad ahead of Hazard.

He made this known after the former Chelsea talisman did not come off the bench last Sunday during the Real Madrid match vs Barcelona in the El Clasico, which ended in a 2-1 scoreline in favour of the Los Blancos.

So far this season, Hazard has started only four of the seven LaLiga matches and played in just one of the Los Blancos three Champions League matches.

Ancelotti told reporters on Tuesday: “He can play 4-3-3 on the left or 4-4-2 above or behind the striker. He is ready to play, but the problem is that there is a coach who prefers another player.

The coach stressed that Hazard does not have a star status at Real Madrid because he has had many injuries, and little by little, he will have his best version.

“I am sure that this season we will see his best version and that he will play more than he is doing now.

“Hazard has it. Everything: quality, motivation. He has to endure; what happens is that sometimes the coach prefers other players,” Ancelotti added.

Four managers that could replace Ole at Old Trafford rafford